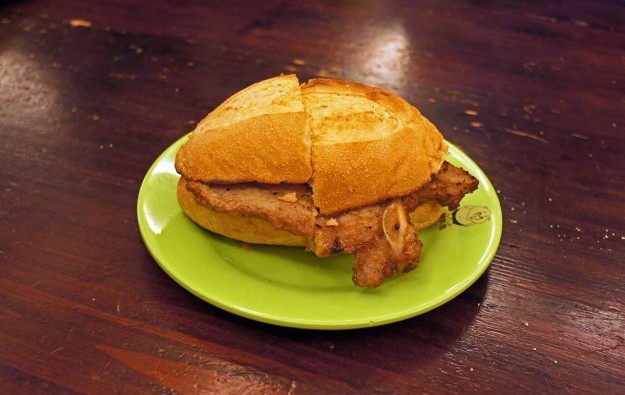 Macau has been recognised for its food culture when being added to the Creative Cities Network of the United Nations Educational, Scientific and Cultural Organization (UNESCO).

According to a Tuesday announcement by UNESCO, Macau was among 64 cities accepted for special recognition regarding a specific cultural activity. The Macao Government Tourism Office (MGTO) had said in its “Tourism Industry Development Master Plan” published in September, that the city’s government had applied to UNESCO in 2016 for such a listing.

The designation of Macau as a member city of the UNESCO Creative Cities Network in the field of “gastronomy” would “bring new opportunities for the city to diversify the economy, with gastronomy as a driver to preserve Macau’s cultural identity,” said a statement from the Office of the Secretary for Social Affairs and Culture.

He believes that UNESCO’s decision “recognises both the unique dining culture in Macau… and the profound effect that the SAR’s casinos have played in attracting an incredible array of world class dining operators”.

“Macau’s casinos serve as a magnet for some of the world’s best restaurateurs and it is important to recognise the gaming industry’s role in making Macau a destination for creative dining experiences,” added Mr Klebanow.

The analyst said that while casino resorts can provide restaurants with potential patrons and relatively favourable lease terms, having prestigious restaurants in their properties helps to enhance their own brand.

According to data from Macau’s Statistics and Census Service, visitors to Macau spent on average MOP355 (US$44.18) per head on food and drink in 2016, accounting for 20.9 percent of the total per-capita spending of visitors.

In its tourism master plan published on September 28, MGTO had reiterated its estimate that annual aggregate non-gaming spending by visitors to Macau could reach between US$12 billion and US$14 billion in 2025.

The Macau government has a non-gaming revenue target for the casino industry, which is set at 9 percent per year.

Macanese food, a fusion of the culinary traditions of Portugal – the administrative authority in Macau for nearly 450 years until 1999 – and Chinese food traditions, has been recognised locally since 2012 as part of the city’s intangible cultural heritage. The city’s architectural tradition was recognised by UNESCO in 2005, when the historic centre was added the the organisation’s World Heritage List.

The latest UNESCO designation would help the city’s government in “promoting sustainable development and expanding its international cooperation,” added the statement issued on behalf of the Secretary, Alexis Tam Chon Weng.

He said: “Macau expects the designation to bring a positive impact on the sustainable development of the city, via inheritance, creativity and exchange in the gastronomy field.”

UNESCO stated that all the newly-designated cities “join a network at the front line of UNESCO’s efforts to foster innovation and creativity as key drivers for a more sustainable and inclusive urban development”.

The UNESCO Creative Cities Network was created in 2004. It highlights its members’ creativity within seven fields: crafts and folk art, design, film, gastronomy, literature, media arts and music. Currently, the network includes a total of 180 cities in 72 countries.

Most of Macau’s casino operators are likely to generate positive free cash flow in the first quarter, given the robust recovery level of mass-market gross gaming revenue (GGR) in January, relative... END_OF_DOCUMENT_TOKEN_TO_BE_REPLACED