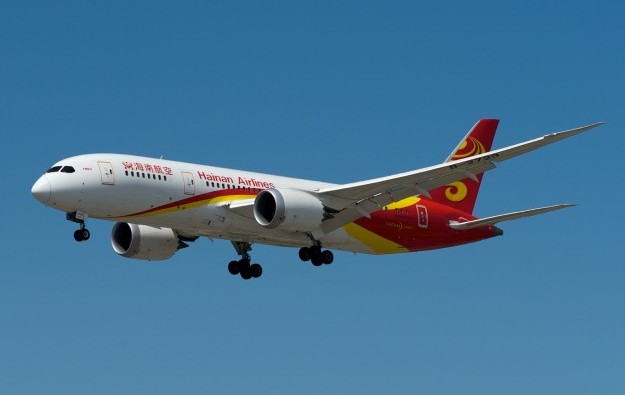 China’s Hainan Airlines Co Ltd is to launch the service on December 2; with flights initially on Mondays, Wednesdays and Fridays, reported the Las Vegas Review-Journal newspaper.

“The direct route is a positive for both incremental visitation and ultimately higher spend as Chinese visitors arriving in Las Vegas on a direct flight would be able to stay longer and spend more money compared with those visiting on broken trips,” said John DeCree, an analyst at Union Gaming Securities, in a Tuesday note.

“Conservative estimates pin [suggest] 300,000 Chinese travellers are already visiting Las Vegas every year, though these visitors arrive on broken trips – meaning they arrive via connecting flights from other U.S. cities. The new direct route would allow about 10 percent of these visitors (approximately 33,000) to reach Las Vegas direct each year,” suggested Mr DeCree.

He added it would be “unrealistic” to assume all 33,000 inbound passengers would be incremental to Las Vegas’ earnings, as some would be in likelihood either Las Vegas residents returning from China, or Chinese nationals connecting to other destinations in the United States.

A report issued on Wednesday by Moody’s Investors Service Inc said the ratings agency expected the Las Vegas Strip to post “flat to 2-percent” top-line revenue growth in 2016, which it anticipated would come mostly from non-gaming segments.

“Strip gaming revenues are still stuck in the mud and are likely to remain there,” said Peggy Holloway, senior vice president, corporate finance group, at Moody’s. “Strong visitation has not translated into higher gaming revenues as it has in the past,” she added in the report.

The newspaper quoted the Las Vegas Convention and Visitors Authority as saying it was the first-ever non-stop flight between Las Vegas and China.

The new route will feature the Boeing 787 Dreamliner (pictured in a file photo) with 36 lie-flat seats in business class, and 177 economy-class seats.

Union Gaming’s Mr DeCree stated: “We believe the Hainan Airlines Beijing-Las Vegas route is just the tip of the iceberg as it relates to direct [air] service between Las Vegas and China. We would expect more carriers to begin connecting Las Vegas to other Chinese cities with direct flights in the coming months.”

Lucky Dragon Hotel and Casino, an independently promoted Chinese-themed and -focused property on the Las Vegas Strip, is expected to open in the fourth quarter this year.

More than 500 people are still inside the Grand Lisboa casino hotel after the complex was locked down on Tuesday by the local authorities, said an official during a Wednesday afternoon briefing on... END_OF_DOCUMENT_TOKEN_TO_BE_REPLACED