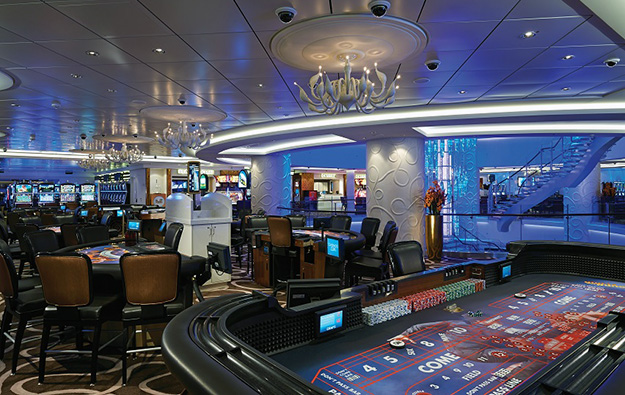 “Through the upcoming year, Konami will launch its latest Synkros systems technology on a total of 18 ships operated by Norwegian Cruise Line Holdings under its three brands: Norwegian Cruise Line, Oceania Cruises and Regent Seven Seas Cruises,” Konami stated in a release issued on Tuesday.

The gaming operations of the global cruise firm include a total of 3,666 slot machines and 289 table games, stated the release.

“Through our systems partnership with Konami, we’re bringing our customers the newest tools and features that exemplify the highly personalised experience they enjoy throughout their journey with us,” Jim Abbas, senior vice president of casino operations at Norwegian Cruise Line Holdings, said in a prepared statement.

He added: “Our team has dedicated itself to preparation and efficiency as multisite conversions and new installations progress. We’ve seen strong momentum to date and look ahead to additional successes.”

Genting Hong Kong – part of Malaysia-based Genting Group – is an operator of casino cruise ships and a joint venture casino operator in the Philippines.

Norwegian Cruise Line has operations around the globe, including Asia.

A Philippine lawmaker says public opinion on Philippine Offshore Gaming Operators (POGOs) would be an important factor when he and colleagues draft a Senate committee report on the economic and... END_OF_DOCUMENT_TOKEN_TO_BE_REPLACED