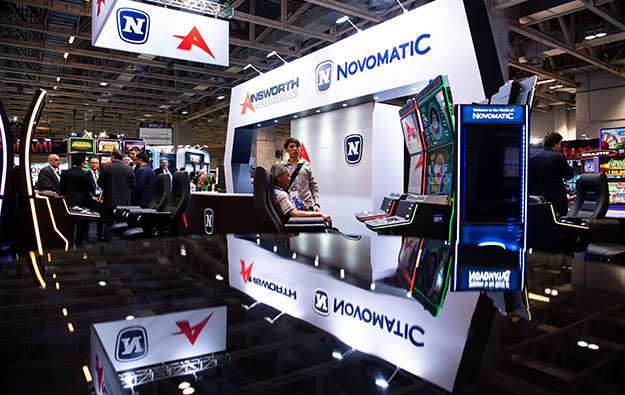 First-half earnings before interest, tax, depreciation and amortisation at Novomatic AG rose to EUR318 million (US$370.9 million) this year, which was 12.6 percent more than the prior-year period and the most on record, the company has announced.

On Thursday the Austrian maker of gaming equipment said first-half sales revenue rose by 12.6 percent to nearly EUR1.37 billion this year – another record – helped by the effect of recent acquisitions.

Revenue from the sale of gaming machines increased by 96.2 percent. The company stated the increase was due mainly to it acquiring Ainsworth Game Technology Ltd of Australia and other, smaller companies in Europe, and to performance improvements in its core markets in Europe.

The Novomatic press release said its own interim earnings before interest and tax rose by 23 percent to EUR148.4 million in spite of what it termed “investment-intensive regulatory challenges” in Germany and Italy.

“This pleasing result confirms our strategy of consolidating our market leadership in existing markets and of opening up new markets and technologies through acquisitions,” the statement quoted Novomatic chief executive Harald Neumann as saying.

The company said it is now concentrating on consolidation after rapid growth in recent years that was driven by acquisitions of companies and subsequent efficiency drives . “The focus is on optimising internal processes and structures across borders,” Mr Neumann is quoted as saying.

Singapore has the potential to be a “top choice” for Chinese outbound travellers, once the country reopens and eases travel restrictions associated with the Covid-19 pandemic, suggested... END_OF_DOCUMENT_TOKEN_TO_BE_REPLACED