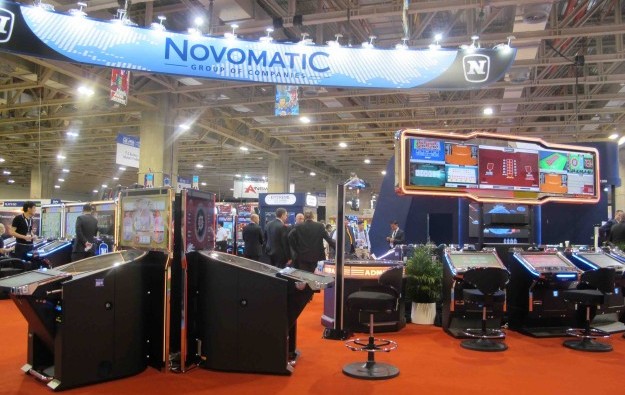 Austria-based gaming equipment maker Novomatic AG has announced that over the next three years it will only attend one of the two annual gaming trade shows currently taking place in Macau. The firm said in a release it had decided to commit itself to the Macao Gaming Show and would not be attending Global Gaming Expo (G2E) Asia.

“Following the recent Macao Gaming Show, Novomatic announced its intention to take the lead in making a decision which currently all major companies that exhibit each year in Macau are facing: namely, choosing one or the other of the two current annual Macau shows,” Novomatic said in a statement issued on Monday.

It added: “Following a period of evaluation, Novomatic has made its decision to commit to the Macao Gaming Show for the next three years.”

Although Novomatic is reportedly the first large gaming supplier to announce publicly a decision to attend only one of the two Macau trade shows for the casino industry, several industry insiders have privately told GGRAsia that one event would be enough to serve the Asian market.

“International trade shows are often described as the ‘lifeblood’ of the gaming industry, providing clear opportunities for exhibiting companies not only to display their latest product innovations but also to meet with both existing and potential customers,” stated Novomatic. “But, in a time of cost consciousness, it is clear that making a choice between the two events currently based in Macau (a market that is now universally acknowledged to only require one show per year) is on the current agenda of the majority,” added the firm in the Monday release.

Novomatic said its decision had been made “based purely on an extensive evaluation of visitor demand as well as future growth potential and market significance of the trade show”.

The company opted for a three-year commitment to exhibit at MGS in conjunction with Jade Entertainment and Gaming Technologies Inc, and Laxino Systems Ltd. The Jade group is the distributor of Novomatic products in Asia including Macau, and Laxino Systems is Jade Entertainment and Gaming Technologies’ Macau partner and representative there. The Novomatic brand will nonetheless have its own presence at MGS.

“Novomatic’s confidence in [the] Macao Gaming Show reflects the hard work that we have put in over the years to bring the Macau government on board as vital supporters and sponsors of our show, as well as the backing of the leading 100 gaming and entertainment companies in Macau and Asia,” Jay Chun, chairman of MGS’s organiser the Macau Gaming Equipment Manufacturers Association (MGEMA), was quoted saying in Novomatic’s release.

He added: “This announcement heralds the beginning of the next and most crucial stage of Macao Gaming Show’s development: working with our partners – the Macao government, Novomatic, Macau’s [casino] concessionaires and MGEMA members – in opening up the Asian industry to the world.”

The 2015 edition of the Macao Gaming Show saw attendance rise 10 percent compared to the prior-year edition, with a total of 13,186 attendees recorded, according to the association. There was a record number of exhibitors – 168 in total – up by 22 in comparison with the previous edition, it added. The Macao Gaming Show was launched in 2013.

Shortly after the end of this year’s event, the organisers had stated that Macao Gaming Show was to move to October for its 2016 edition. But shortly after, it was announced it would after all be held in November as have previous editions.

G2E Asia is presented annually in May by the American Gaming Association (AGA) and managed by Reed Exhibitions. The 2016 edition is scheduled to take place between May 17 and 19.

G2E Asia is a sister event to G2E, a U.S.-based trade show and conference focusing on the global casino industry. The latter is held annually in Las Vegas, Nevada, usually in the late September.

The 2015 edition of G2E Asia was the largest ever, measured by attendance, co-organiser Reed Exhibitions said in July. The event attracted a “record-breaking attendance of 10,095 visitors from 79 countries and regions, along with 185 exhibiting companies,” Reed Exhibitions said in a press release. It added that the figures had been audited by a third party organisation. The 2014 edition of G2E Asia had recorded more than 8,200 visitors, according to Reed Exhibitions. A total of 160 exhibitors took part in the 2014 event.

G2E Asia made its debut at Macau Tower in 2007. The annual exhibition has been held at the Venetian Macao since 2008. The latter venue also hosts the Macao Gaming Show.

Novomatic said in its press release that it welcomed the decision from the Macao Gaming Show organisers to keep the event in November. Novomatic noted it was “a date that places the show at a comfortable… distance from G2E Las Vegas for visitors from across the entire Asian region and beyond.”

An article in Macau’s draft new gaming law, to create a mechanism to dissolve an existing gaming concession in the event it was not granted a new licence after the current six concessions... END_OF_DOCUMENT_TOKEN_TO_BE_REPLACED