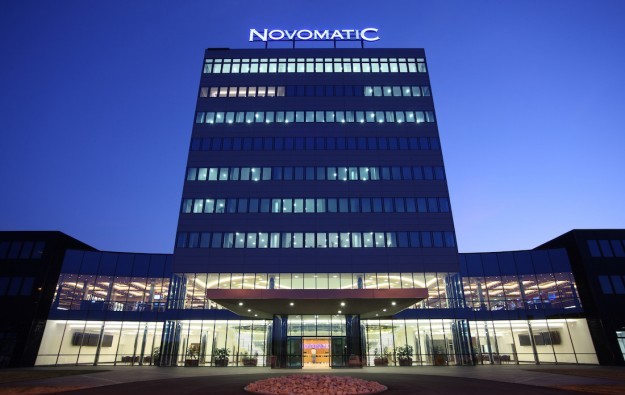 Austria-based gaming equipment maker and operator Novomatic Group expects to post revenue of EUR5.1 billion (US$5.6 billion) for full-year 2019, said Harald Neumann, the firm’s chief executive. That would be mostly in line with the results of the previous year, according to company data.

The figures were revealed during a press conference at the International Casino Exhibition (ICE) 2020 in London, Novomatic said in a Wednesday press release.

“Novomatic was able to maintain and further consolidate its position as market leader in its 40th year of existence, despite an increase in regulatory requirements in core markets such as Germany,” said the company in the written announcement.

The group – traditionally strong in Europe and the Americas – has been working to increase the presence of its casino gaming machine products in Asia-Pacific markets.

The Novomatic Group data for full-year 2019 includes the figures of Novo Invest GmbH and Novo Swiss AG, two companies owned by Novomatic’s founder Johann Graf. The group said it now owns stakes in 350 companies, with the economic contribution from approximately 220 of them consolidated in its balance sheet.

“The primary goal is to safeguard and expand our position in our core markets,” said Mr Neumann in a statement in the release.

The Novomatic Group operates around 230,000 gaming devices and video lottery terminals in more than 2,100 outlets, including gaming parlours and casinos, according to the group. The company is active in several gaming segments around the world, including casino business, lotteries, sports betting, online gaming and mobile play.

The group said it would focus on expanding its “core segments” of gaming technology and operations, as well as boosting its sports betting segment by “pursuing a strategy of international expansion … and planning to build on its already strong position in Europe”.

“At the same time, Novomatic’s activities as a supplier of technology in the sports betting sector are to be expanded in the United States,” it added.

The group said additionally that it would focus also on the digital interactive segment. “The customer should be able to play a game without any interruptions on a mobile device, at a computer or at an establishment,” said Mr Neumann.

Novomatic AG – the group’s arm focused on the gaming and entertainment industries – said in September that its profit for the first half of 2019 fell by 68.8 percent year-on-year to EUR34.3 million. The company said at the time that the performance of Ainsworth in the six months to June 30 had taken a bite into the group’s shrinking first-half profit.

Novomatic AG reported revenues of EUR1.26 billion for first-half 2019, 1.8 percent less than in the prior-year period, with declines in the markets of Germany and Italy. It said revenues increased in other core markets such as Austria, Spain and the Netherlands. For full-year 2018, Novomatic AG reported aggregate sales of EUR2.61 billion, up by 10.5 percent from the previous year.

Also in September, Novomatic AG announced that the size of the firm’s executive board had been halved, to three members; and that the company had appointed Johannes Gratzl as its new chief financial officer.

In December, Novomatic AG said it had reached an agreement to sell its 17.19-percent stake in casino operator Casinos Austria AG, to SAZKA Group.