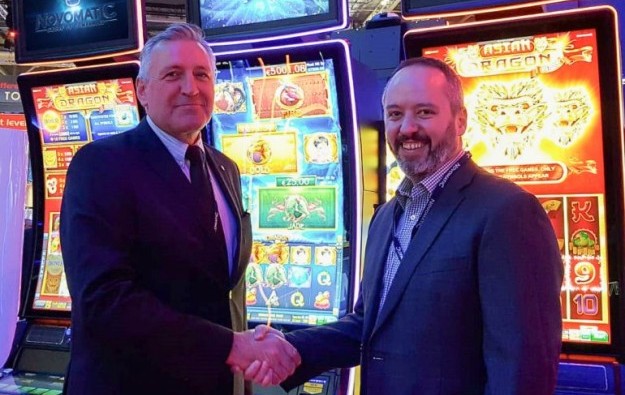 Austria-based gaming equipment maker and operator Novomatic Group says it has signed a distribution agreement with Australia-based Indo Pacific Gaming (IPG). Under the deal, the latter company will distribute Novomatic’s full range of gaming products and systems in the Asia-Pacific region, according to a Thursday press release.

Indo Pacific Gaming is a multi-product distributor and operator of gaming products. According to its corporate website, the company has been supplying casino gaming equipment and slot machine systems to gaming venues across the Asia-Pacific region since 1989.

Novomatic said in the release that the partnership would accelerate the company’s expansion in the Asia-Pacific region.

“By partnering with Indo Pacific Gaming, who has a very respectable track record in these territories, Novomatic will strengthen its presence and reach to provide products and services to new and existing customers,” said Robert Dijkstra (pictured left), Novomatic’s vice president of business development and sales for Asia-Pacific, in a prepared statement.

In Thursday’s release, Novomatic said that its portfolio of Asian-themed slot games is expanding, adding that a few new titles such as “Dragon Hits” and “Asian Dragon Hot” had their debut at ICE 2019.

The imminent return of package tours from mainland China will not only help boost Macau’s tourism businesses, but is also expected to help casinos gain more foot traffic in their mass gaming... END_OF_DOCUMENT_TOKEN_TO_BE_REPLACED