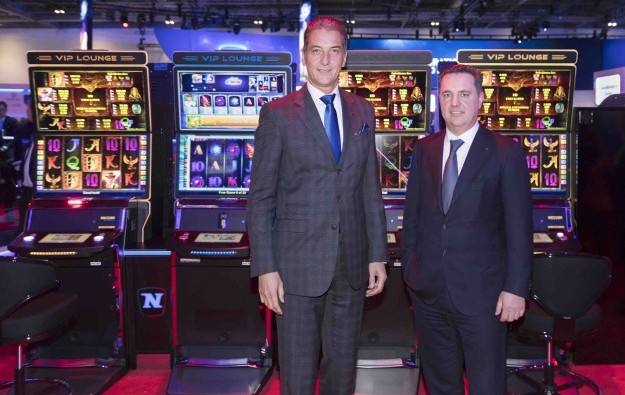 The group additionally stated it planned in 2017 to expand its business in Asia, Australia, the United States and South America.

In a press release it said the June 2016 approval by Ainsworth Game Technology Ltd minority shareholders – for Novomatic’s acquisition of a majority stake in the Australian slot machine company – offered “an important lever for the development of these markets”.

“In this short time, we have already made significant progress and begun the strategic planning process for our joint future after Novomatic becomes Ainsworth’s majority shareholder,” said Novomatic’s chief executive Harald Neumann (pictured, left), in a statement in the release.

The press release added that before the end of this month Ainsworth Game will appoint Mr Neumann as a non-executive member of its board.

Both companies are currently in the process of obtaining the approval of various gaming authorities required for the completion of the acquisition, added the document.

The Novomatic group had 28,974 employees worldwide at the end of 2016 – an increase of approximately 15 percent over the previous year, added the release.

In late December Novomatic said it had fulfilled conditions necessary for it to take over a 17.2-percent stake in Casinos Austria AG. Partially state-owned Casinos Austria, founded in 1967, is the operator of Austria’s 12 casinos according to its official website.

Singapore has the potential to be a “top choice” for Chinese outbound travellers, once the country reopens and eases travel restrictions associated with the Covid-19 pandemic, suggested... END_OF_DOCUMENT_TOKEN_TO_BE_REPLACED