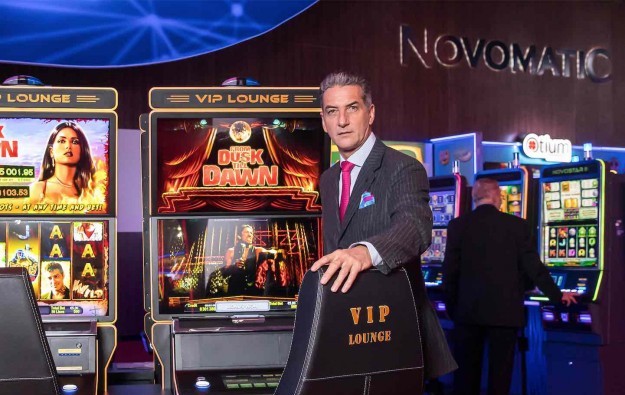 Austria-based gaming equipment maker and operator Novomatic AG says the firm’s chief executive Harald Neumann (pictured in a file photo) has stepped down from his position, with effect from Saturday (February 29). The company said Mr Neumann was resigning “due to family reasons”. He had been appointed CEO in October 2014.

In a Friday press release, Novomatic said Mr Neumann would continue to have supervisory board functions and to advise the company on international projects.

He added: “Mr Neumann made a significant contribution to the successful expansion of the group. His personal wish to resign from his position at the end of the month was granted with regret.”

Novomatic said also that Ryszard Presch and Johannes Gratzl would take over the management board responsibilities previously held by Mr Neumann, and would jointly work as “a management team” to lead the group.

In September, Novomatic announced that the size of the firm’s executive board had been halved, to three members.

The verdict – and eventual sentencing – in the case involving Alvin Chau Cheok Wa (pictured in a file photo) and other defendants linked to the now-defunct Macau casino junket Suncity Group Ltd... END_OF_DOCUMENT_TOKEN_TO_BE_REPLACED