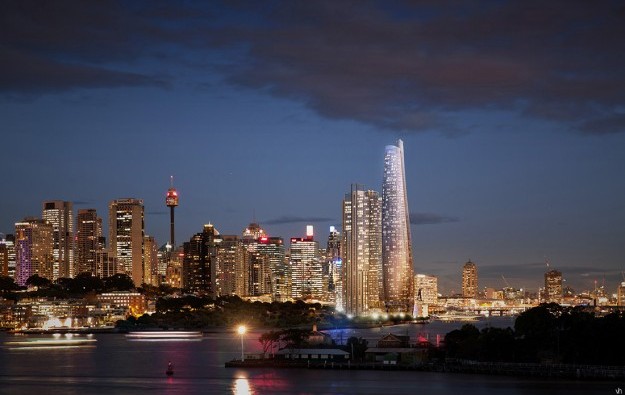 The state of New South Wales (NSW) has given conditional planning permission for Crown Sydney (pictured in a rendering), a new casino resort in Australia’s largest city of Sydney.

The project’s promoter, Crown Resorts Ltd, gave the news in an announcement on Tuesday to the Australian Securities Exchange (ASX).

The filing said the approval – by the state’s Planning Assessment Commission – was “subject to a number of substantial modifications and conditions”.

Crown Resorts’ major shareholder, James Packer, had, according to Australian media reports, held a meeting with the state premier regarding the length of time taken to grant planning permission for the scheme, located at Barangaroo, an urban regeneration area on Sydney’s waterfront.

“While it has been a long and detailed process, we are pleased with the overall outcome and we’re deeply committed to building a six-star hotel resort that Sydneysiders and all Australians can be proud of,” said Robert Rankin, chairman of Crown Resorts, in Tuesday’s filing to ASX.

“We will now move quickly to begin excavation work. We are expecting to complete construction and open in early 2021,” Mr Rankin added.

The Department of Planning and Environment’s assessment report on the scheme – a document uploaded to the Commission’s website – confirms the project as having a 6,085-square-metre (65,498-sq foot) gaming facility; and a 71 storey-tower with podium and three basement levels, providing a gross floor area of 77,500 sq metres, including a 350-room hotel and 66 residential apartments.

The Planning Assessment Commission also mentions a raft of conditions, including that the disabled should have access to the completed project.

The report also states: “This consent does not approve: stratum or strata subdivision; [and] the use of any part of the building as a ‘pub’…,” a reference to a ‘public house’ or bar, serving alcohol.

Concern about alcohol-related violence in the state led in late January to the New South Wales Parliament passing legislation to tackle the problem. The measures included a new zone in central Sydney where bars and clubs are subject to strict new conditions, including ‘lock-outs’ whereby would-be patrons are not allowed to enter after 1.30am, and the serving of alcoholic drinks must stop at 3am.

Sydney’s only current casino, The Star, which is open 24 hours per day and is operated by Star Entertainment Group Ltd, is not covered by Sydney’s so-called ‘lock-out’ rules regarding alcohol, according to local media reports.

The imminent return of package tours from mainland China will not only help boost Macau’s tourism businesses, but is also expected to help casinos gain more foot traffic in their mass gaming... END_OF_DOCUMENT_TOKEN_TO_BE_REPLACED