Occupy Central may be ‘marginal negative’ to Macau: CS 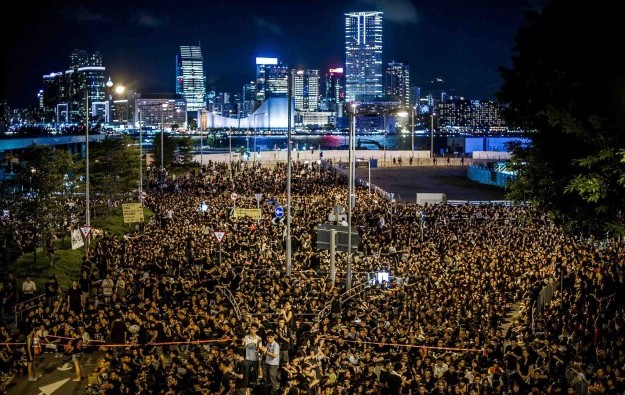 There is no end-date for the protest, which may extend into the National Day Golden Week holiday. This is usually a peak season for tourism both in Macau and Hong Kong as hundreds of thousands of mainland Chinese tourists take advantage of the weeklong break to visit both cities.

“Overall, we think it is too early to conclude the impact of the Occupy protests on Macau. If there is any impact, we believe it to be marginal,” wrote on Tuesday Mr Fong and Ms Wong, who are both based in Hong Kong.

“First, for those hardcore gamblers, they will come to visit Macau directly anyway. So this part of the revenue, which comprises [the] majority of the top line, is not affected,” they added.

The Credit Suisse analysts said the Occupy Central movement might have a short-term impact on visitors from mainland China who normally visit Hong Kong and Macau as part of a package.

“There may be cases that they cancel their trip right away, or the local government will just restrict these tours for safety reason[s],” they said.

But Mr Fong and Ms Wong pointed out that package tour visitors are normally low-spending players and their contribution to Macau’s overall casino gross gaming revenue is likely to be small.

The Macau government last week said it was expecting visitor numbers for the National Day Golden Week holiday to go up by about 8 percent in year-on-year terms.

Macau recorded 69,279 visitor arrivals on the sixth day of the Chinese New Year (CNY) holiday period, showed official data. The city welcomed about 384,600 visitors in the first six days of the... END_OF_DOCUMENT_TOKEN_TO_BE_REPLACED