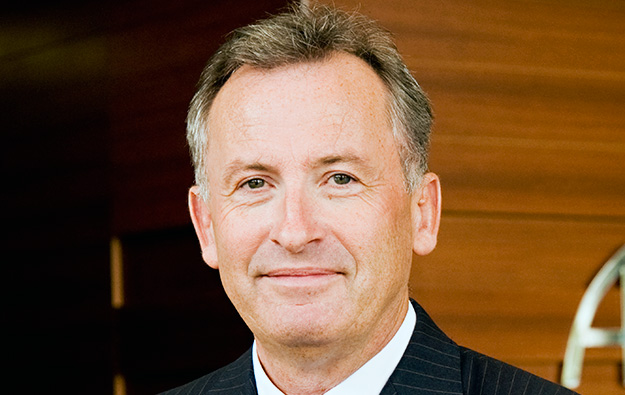 Trevor Croker, Aristocrat’s executive vice president for global products, has been appointed as CEO-elect, subject to the receipt of any necessary regulatory pre-approvals, the slot machine maker said in a filing to the Australian Securities Exchange.

“An orderly and phased transition process has begun, with Jamie continuing to lead the business until Trevor assumes the CEO role formally from 1 March 2017,” said Aristocrat.

The company additionally said that Mr Croker would relocate to the U.S. in 2017 to take up the CEO role. The firm explained the move was in recognition of the fact that “North America generates Aristocrat’s largest revenues and offers the business its most significant strategic opportunities”.

The company said Mr Odell would remain “fully focused” on leading the business over the coming months, “and ensuring a seamless transition through to his departure” at the end of February 2017.

Aristocrat said that during Mr Odell’s tenure as CEO, the company’s market capitalisation grew from approximately AUD1.7 billion (US$1.3 billion) at the time of his appointment “to a recent all-time high of around AUD10.6 billion”.

“The board respects Jamie’s decision to depart at the end of February 2017 after a remarkably successful eight-year tenure that has transformed the business,” said the chairman of the board of Aristocrat, Ian Blackburne.

Mr Odell said in a statement: “I am proud of everything our team has achieved at Aristocrat over the past eight years. We have established sustained momentum in our core business, and made significant progress in driving recurring revenues, exiting distracting businesses, executing accretive mergers and acquisitions and overhauling our organisational culture and structures.”

Commenting on the leadership change, Mr Blackburne said: “The board is delighted to name Trevor Croker CEO (Elect) of Aristocrat. Trevor has played a key part in Aristocrat’s successful turnaround and outstanding growth, having worked closely with Jamie Odell and other key leaders as a member of the executive leadership team over the past seven years.”

Macau mass-market casino gross gaming revenue (GGR) for the recent Chinese New Year (CNY) holidays could have recovered to at least 60 percent of that for the 2019 break, when the festivities were in... END_OF_DOCUMENT_TOKEN_TO_BE_REPLACED