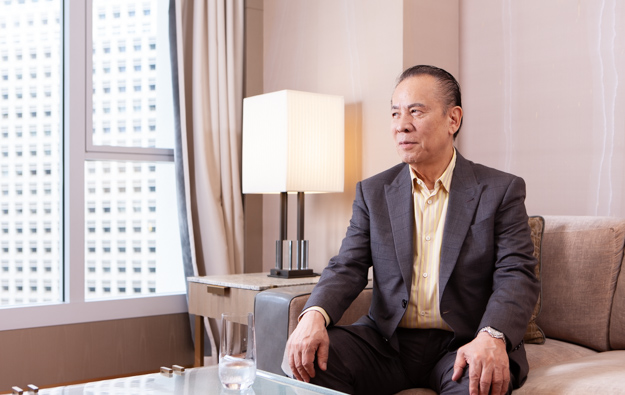 Lawyers representing Japanese businessman Kazuo Okada have filed a motion for reconsideration with the Philippine Department of Justice (DOJ), asking the institution to review its decision to recommend the filing of fraud charges against the entrepreneur and an associate.

The Department of Justice said earlier this month that Mr Okada (pictured) should be charged for allegedly misappropriating more than US$3 million from Tiger Resort, Leisure and Entertainment Inc, operator of the Okada Manila casino resort.

The 14-page motion for reconsideration was filed on behalf of Mr Okada and of Takahiro Usui, former chief operating officer and president of Okada Manila, according to the document seen by GGRAsia, dated December 14.

In the document, the lawyers claim that the Department of Justice “erred in finding probable cause” to indict both respondents for estafa, a reference to the criminal offence of swindling.

In a resolution dated December 7, the Department of Justice said it found cause to indict Mr Okada for three counts of swindling after he acquired “through mistake or fraud” US$3.15 million in salary and consultancy fees during his term as chief executive of Tiger Resort, Leisure and Entertainment. The office also recommended charges against Mr Usui, saying that he had facilitated the payments to Mr Okada, as such disbursements were not authorised by the firm’s board as required by the company’s by-laws.

The allegations against Mr Okada had been dismissed in May by the Parañaque City prosecutor’s office.

The motion for reconsideration filed with the Department of Justice states that the amounts received by Mr Okada were for “services rendered” to Tiger Resort, Leisure and Entertainment between April and May 2017, as well as a consultancy fee for that year. It added that such payments were “authorised and legal”, and that there was “no proof of any conspiracy between the respondents in this case”.

“The subject monies, which Mr Okada lawfully earned, were neither acquired through mistake nor secured through fraud,” said the motion.

It stated: “Mr Usui was authorised by the board of directors of the complainant to execute both the employment contract and the consultancy agreement [in favour of Mr Okada].” The document said additionally that the Department of Justice’s finding that Mr Usui acted without the authority of Tiger Resort, Leisure and Entertainment “is without factual and legal basis, and contradicts the evidence on record”.

It added: “The release of the subject amounts was in accordance with the agreements and the internal procedure of disbursements within complainant’s offices.”

The motion requests the Department of Justice to “reverse and set aside” the resolution dated December 7 and affirm the resolution of the Office of the City Prosecutor of Parañaque City. It also asked for the case not to proceed to court “during the pendency” of the motion for reconsideration.

Tiger Resort, Leisure and Entertainment is controlled by Japan-listed Universal Entertainment Corp, a firm also founded by Mr Okada but that is currently in dispute with him.

The verdict – and eventual sentencing – in the case involving Alvin Chau Cheok Wa (pictured in a file photo) and other defendants linked to the now-defunct Macau casino junket Suncity Group Ltd... END_OF_DOCUMENT_TOKEN_TO_BE_REPLACED