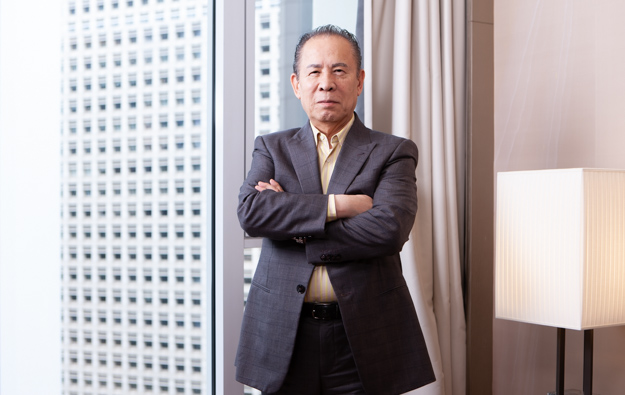 In a letter to the PSE dated September 13, which has since been released to the public, Mr Okada’s lawyers want the PSE to order Asiabest to disclose the full details of any transactions.

In a second letter, dated September 17 and also made public, Mr Okada’s lawyers have asked the Capital Markets Integrity Corporation in Manila to investigate the disclosures about the deal made by Asiabest Group. The markets corporation regulates the stock market with a view to maintaining its integrity.

In the latest legal action to protect his interest in the group, Mr Okada’s says he owns 34.41 percent of Tiger Resort Asia and a subsidiary, Tiger Resort Leisure and Entertainment Inc, which runs the Okada Manila. Mr Okada asserts he has not been consulted about the agreement for Tiger Resort Asia to buy two-thirds of Asiabest. The execution date for that deal is scheduled for November 12.

“ABG (Asiabest Group), as a publicly listed company, should make a full disclosure of its impending sale transaction with Tiger Asia, particularly that there is a legal controversy on Tiger Asia’s authority to enter into such transaction,” Mr Okada said in a letter signed by his Manila-based lawyers.

If approved by the regulators, the transaction could allow Tiger Resort Asia,which is controlled by Universal Entertainment Corp of Japan, to float the operator of Okada Manila.

In his lawyer’s letter, Mr Okada warned that he will file appropriate criminal, civil and administrative cases against those involved in the proposed share sale. He told the exchange that he filed an intra-corporate lawsuit against Tiger Resort Asia, Tiger Resort Leisure and Entertainment, and their directors and corporate officers on August 29. Mr Okada’s action was filed with the Regional Trial Court in Parañaque City.

The businessman was also removed as chairman of Tiger Resort, Leisure and Entertainment in June last year at an urgent special stockholders’ meeting. He was subsequently removed from the Hong Kong-registered private company Okada Holdings Ltd. Mr Okada is taking legal action in Hong Kong to regain control of Okada Holdings.

The Japanese businessman is also contesting his removal as chairman of Universal Entertainment.

International casino operator Las Vegas Sands Corp has been ranked as the most sustainable firm in the global casino sector, according to the 2023 edition of the S&P Global Sustainability... END_OF_DOCUMENT_TOKEN_TO_BE_REPLACED