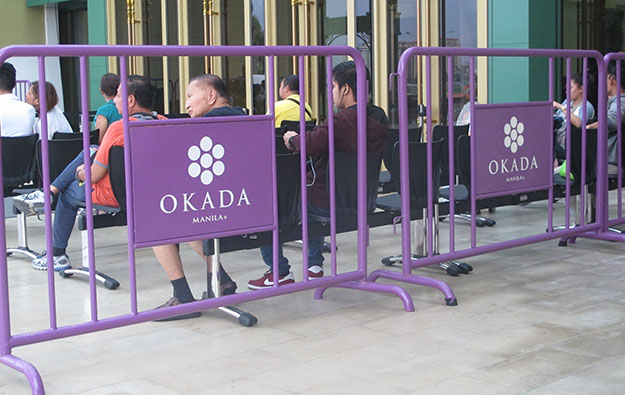 June alone contributed with about 55.0 percent of the aggregate GGR tally for the second quarter, at nearly PHP1.44 billion, said the company in a Wednesday filing.

Universal Entertainment’s subsidiary Tiger Resort, Leisure and Entertainment Inc operates the Okada Manila casino resort (pictured). The company did not report GGR figures for the second quarter of 2020, as the property had been affected by restrictions linked to measures to stem the spread of Covid-19.

Casinos in Manila had to suspend temporarily their operations in mid-March last year. They later reopened but were limited to a maximum of 30 percent capacity.

Revenue from mass table games fell by 38.9 percent quarter-on-quarter, to PHP526 million, while revenue from gaming machines declined by 69.6 percent, to PHP578 million.

The resort’s adjusted segmental earnings before interest, taxation, depreciation and amortisation (EBITDA) were negative to the tune of PHP204 million, compared to a positive figure of PHP692 million in the opening quarter of 2021. The property reported EBITDA of PHP167 million in June, after two straight months with negative results.

Metro Manila’s casinos are “currently allowed to operate at limited capacity,” said in late May, the country’s gaming regulator, the Philippine Amusement and Gaming Corp, in response to an enquiry from GGRAsia.

Metro Manila remains under a so-called general community quarantine, with “some restrictions”, until at least July 15. The area covered by the quarantine includes Manila’s Entertainment City zone of casino resorts.

In June, Universal Entertainment said it would issue up to US$143-million in additional notes, carrying 8.5 percent interest and due in December 2024. Proceeds will be used for the early redemption of US$118-million in principal amount of the group’s existing notes due in December this year.