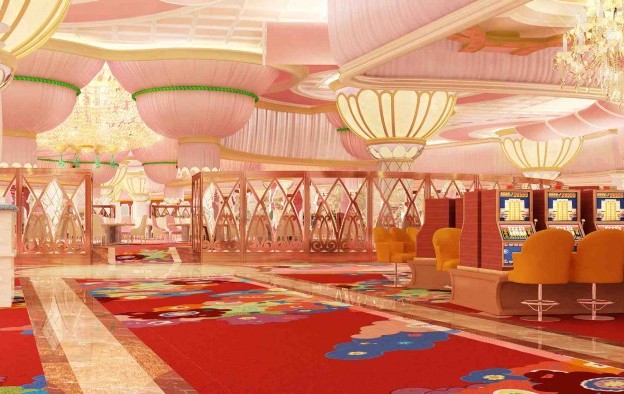 What is described as the ‘grand opening’ of casino resort Okada Manila has been pushed back to the “end of March”, according to a Friday press release from the property.

In a recent Okada Manila release it had been stated that such an opening would take place at the “end of February”.

Okada Manila (pictured in an artist’s rendering) had a partial soft opening on December 21 for what was termed by the venue’s promoter as a “preview period”. The property officially launched its casino operations on December 30.

“Since that time the construction focus has been on the VIP casino floors, restaurants, world-class fountains and other facilities in preparation for the grand opening,” Okada Manila stated in Friday’s release.

It added: “We hereby announce that we have now reached the stage wherein we are targeting to hold the grand opening at the end of March 2017.”

Okada Manila – which according to its developer Tiger Resort, Leisure and Entertainment Inc has a US$2.4-billion price tag – comprises a first phase covering 22 hectares (54.4 acres) in an aggregate 44-hectare plot.

Tiger Resort is a subsidiary of Japanese firm Universal Entertainment Inc. The latter – a maker of pachinko games for the Japan market – is headed by Japanese entrepreneur Kazuo Okada.

Okada Manila is said to have space for up to 500 gaming tables and 3,000 electronic gaming machines, according to the project’s promoter. It will also have a two-wing hotel with 993 rooms.

On Friday, Universal Entertainment – which currently makes most of its money via the sale of pachinko gaming equipment for the Japan market – announced its results for the nine months ended December 31.