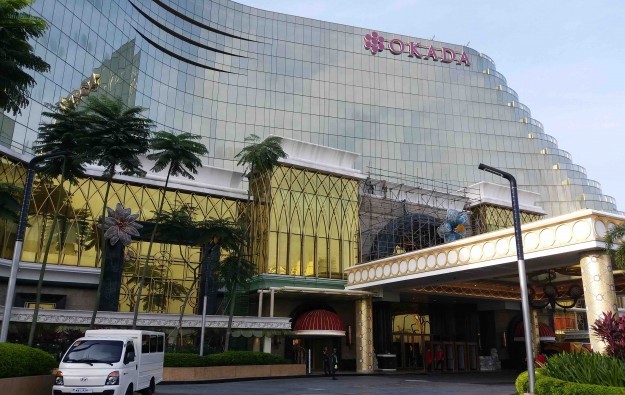 Japanese gaming company Universal Entertainment Corp says its Okada Manila casino resort (pictured) in the Philippines generated gross gaming revenue (GGR) of just over PHP39.79 billion (US$784.5 million) in full-year 2019. That was up 46.2 percent from the nearly PHP27.22 billion recorded in calendar year 2018, said the company in a Tuesday filing.

Okada Manila’s GGR for the 12 months to December 31 included VIP revenue of slightly above PHP19.85 billion, and mass-market table GGR of nearly PHP9.65 billion. That was a year-on-year increase of 56.9 percent and 41.0 percent, respectively. Gaming machine revenue for full 2019 stood at approximately PHP10.30 billion, up 33.2 percent from the previous year.

Universal Entertainment told the Jasdaq Securities Exchange on Tuesday that Okada Manila recorded adjusted earnings before interest, taxation, depreciation and amortisation (EBITDA) of nearly PHP6.88 billion in full-year 2019. That compares with an adjusted EBITDA of PHP2.12 billion in 2018.

The property opened on December 21, 2016 in what management referred to as a “preview period”. An official launch for the property took place in early 2017, and the business has been ramping up over the years with the addition of hotel rooms and an increase in casino sales.

The property’s full-year results were included in the update on its December business performance. Okada Manila’s GGR for that month stood at PHP4.63 billion, with VIP revenue more than doubling in year-on-year terms, to PHP2.73 billion.

Okada Manila recorded EBITDA of PHP1.04 billion for December, compared with PHP474.9 million a year earlier. The total monthly number of visitors to the property passed for the first time the 600,000 mark, said the parent company.

The stronger performance of Okada Manila helped boost the net sales of Universal Entertainment, according to the parent’s earnings results for the first nine months of 2019.

Byron Yip, chief operating officer of Okada Manila, said in a recent interview with GGRAsia, that the scale of the land plot of the casino resort and the range of its non-gaming facilities were elements that could give the property an edge in the Manila market.