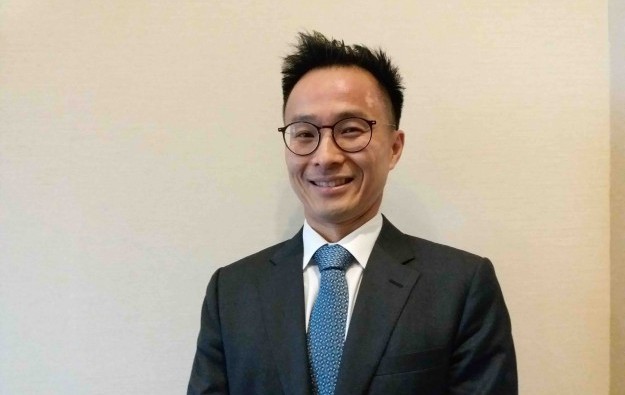 The scale of the land plot at Philippine casino resort Okada Manila and the range of non-gaming facilities already developed there are elements that can give the property an edge in the Manila market and the wider competitive field internationally, says Byron Yip (pictured), chief operating officer of Okada Manila, in an interview with GGRAsia.

“We view ourselves as a global and regional IR,” Mr Yip said, referring to integrated resort or “IR”, a term used in the industry for large-scale casino complexes with non-gaming facilities. Okada Manila sits on 44 hectares (109 acres) according to its website.

In early December, Japan’s Universal Entertainment Corp – parent of Okada Manila’s promoter Tiger Resort, Leisure and Entertainment Inc – said it would “develop condominiums and other forms of real estate” on land adjacent to the casino resort buildings; and seek to expand into fresh non-gaming activities including medical-care tourism.

Gaming remains the financial engine driving Okada Manila, described on the official website as “a US$2.4-billion integrated resort… in Entertainment City”. The latter is the term the local casino regulator uses to describe a portfolio of private-sector bankrolled casino resorts sitting on individual plots in Metro Manila.

The Macau junket brand Suncity Group is a partner in Okada Manila’s VIP rolling chip programme segment, and the resort also has its own operations to manage directly certain premium players.

“All three segments” – VIP, mass tables and electronic games – “have actually increased quite nicely over the past 12 to 18 months,” noted Mr Yip.

GGRAsia asked the COO how Okada Manila viewed the fact a company associated with its Suncity junket-partner was intending to become a casino operator in its own right in Manila.

He told us it was something the company was “keeping an eye on… junket partners are important to all of us, for obvious reasons… I think ultimately the customers will decide where they want to go.”

The COO added: “We can only worry about what we can control: which is providing superior customer service and leveraging our property and constantly refreshing our property to make it a destination of choice.”

Universal Entertainment had said in the November numbers that “other” revenue – i.e. the non-gaming sort – went up 31.3 percent, to PHP239 million.

Okada Manila launched in December 2016, for what management referred to at the time as a “preview period”. In early phases of the gaming operation the property was “more susceptible to swings and shifts where you have a smaller group” of players contributing to a “disproportionate amount of revenue,” noted Mr Yip.

“That’s not happening any more as we are ramping quite nicely,” he stated. “We had approximately 15,000 visitors per day in January, to about 17,000 per day recently.”

He added: “In terms of overseas visitors we have a good mix of visitors from both North Asia and Southeast Asia. Given that we are a Japanese-owned company, we feel we have quickly become the resort of choice for Japanese visitors.”

It is a matter of public record that the control of Okada Manila and its promoter Tiger Resort has been disputed between Universal Entertainment and Kazuo Okada, the Japanese entrepreneur who founded the latter conglomerate.

In a February press release, Universal Entertainment said – in relation to Okada Manila – there was discussion about “changing its brand name”.

GGRAsia asked Mr Yip whether such a plan was still being pursued. “I don’t think a final decision has been made on that at this point,” he said.

Although the property started serving customers from the end of 2016, the “team” currently running it “has been formed over [the past] 12 to 18 months and is still gelling together,” noted Mr Yip, a former banker.

Okada Manila had seen “a good mix of local growth and overseas growth,” in terms of customer contribution, said the COO, noting that the recent year-on-year expansion of Philippine gross domestic product (GDP) was a helpful factor overall. The Philippine Statistics Authority said 2018 GDP grew by 6.2 percent year-on-year, while in the third quarter this year the rate was also 6.2 percent.

Okada Manila currently has 700 rooms, with “close to 98 percent occupancy” year-to-date, Mr Yip noted. “When complete our hotel inventory should be about 1,000 rooms. That should be happening some time in 2020,” he noted.

The complex presently has about 13 food and drink outlets, 21 retail tenants; and over 10,000 square metres (circa 108,000 sq feet) of retail space, which is not yet fully leased, noted Mr Yip.

Another non-gaming amenity the management considers important in drawing repeat, leisure visitors, is Cove Manila, a huge “indoor beach club and nightclub” on the property.

Mr Yip noted: “Nightclubs are often only busy a couple of nights a week, so we have some ideas coming up next year about how we can use that space more regularly on non-peak days as well.”

He added that for “a lot of the younger crowd… the club is a clinching factor for them” to visit Okada Manila.

Casino equipment supplier Sega Sammy Creation Inc said in a Friday release it was debuting its Genesis Crest 43J cabinet in Asia. The product will be available at an in-person trade show, G2E Asia:... END_OF_DOCUMENT_TOKEN_TO_BE_REPLACED