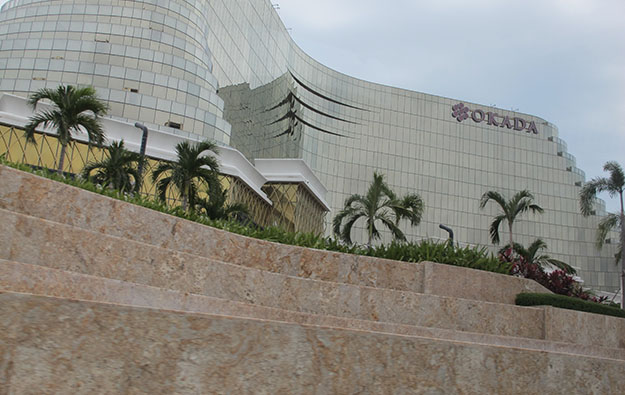 Japanese gaming conglomerate Universal Entertainment Corp reported net profit of JPY167.97 billion (US$1.47 billion) for the first nine months of 2018 on net sales of JPY67.01 billion. Such profit included money from a compensation settlement worth US$2.4 billion paid by casino group Wynn Resorts Ltd to settle a stock redemption dispute.

In 2017 the firm had changed its fiscal year end from March 31 to December 31, so year-on-year comparisons were not possible regarding the latest numbers filed to Jasdaq.

Universal Entertainment makes much of its income from pachinko games, a product class largely confined to the Japanese domestic market.

But the group has also made a significant foray into the regional casino market, via Okada Manila (pictured), a casino resort in the Philippine capital, which had a soft launch in December 2016. The property subsequently opened a number of additional facilities in stages.

The operating loss at Okada Manila grew in the third quarter by JPY125 million, to nearly JPY1.74 billion, driven by an increase in depreciation and amortisation.

Nonetheless, VIP rolling chip volume in the three months to September 30 – recorded in Philippine pesos from an installed base of 153 tables – was down 30 percent sequentially. Such chip volume was nearly PHP100.47 billion (US$1.89 billion), compared to nearly PHP143.50 billion in the second quarter.

Mass table and gaming machine sales increased sequentially in the third quarter, due to “a number of new marketing initiatives,” said the group. These included “improvements in loyalty programmes and promotions” and also due to “better operation of tables and gaming machines of which we have installed the largest numbers in Philippines”.

Mass table drop – from an installed base of 232 mass tables – was nearly PHP4.43 billion, compared to PHP3.88 billion in the second quarter, an increase of 14.1 percent.

The firm said in some commentary accompanying the third-quarter casino results: “In the fourth quarter, additional hotel rooms are expected to be open. This will help support continued growth in the casino business as well as better position the resort to host large group events and foreign tour groups.”

It added it anticipated VIP casino revenues would “continue growing driven by the addition of new junkets, and improved room supply and amenities attracting more demand from existing junkets”.

Gaming services firm Century Entertainment International Holdings Ltd says it expects its mass-gaming tables business in Cambodia to resume operation as early as the end of this month. The... END_OF_DOCUMENT_TOKEN_TO_BE_REPLACED