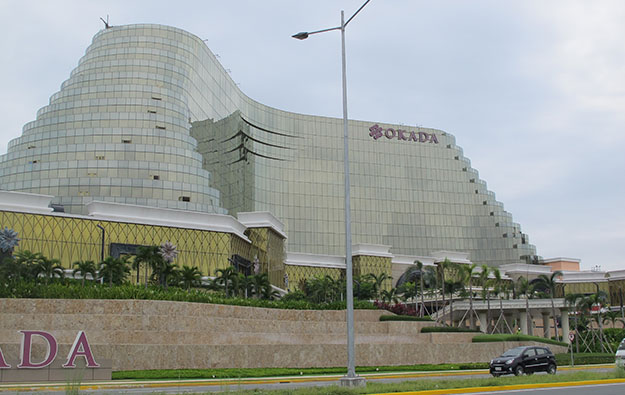 The latest monthly result puts the property’s accumulated GGR at approximately PHP6.22 billion for the first two months of 2019, more than double compared with PHP3.02 billion a year earlier. January GGR at Okada Manila rose by 134 percent year-on-year to PHP3.84 billion, a record high for the property according to company data.

Commenting on the latest monthly results for Okada Manila, Universal Entertainment said in a Wednesday filing that the decline in GGR compared to January 2019 “was primarily due to the Chinese New Year holidays, particularly impacting VIP table games”.

The firm added: “This was expected … and volumes in VIP rolling, mass table drop, and gaming machine handle recovered for the latter half of the month.”

This year’s Chinese New Year festive period ran from Monday, February 4 until Sunday February 10 inclusive. The week-long holiday period is usually a peak season as hundreds of thousands of mainland Chinese tourists take advantage of the week-long break to travel. Investment analysts however have noted in previous commentary that many high rollers prefer to stay away from gaming destinations during this festive period, usually returning after it ends.

Universal Entertainment said in Wednesday’s filing that Okada Manila’s adjusted segmental earnings before interest, taxation, depreciation and amortisation (EBITDA) for February was PHP361.2 million. That compares with PHP181.5 million of negative EBITDA in the prior-year period.

Okada Manila has been ramping up its casino business – posting US$522 million in casino GGR last year – against the background of the general expansion in Philippine casino market GGR. The property recorded adjusted segmental EBITDA of PHP2.14 billion in full-year 2018.

The promoters of Okada Manila said last month that they are actively considering rebranding the property. The announcement followed the acquisition of the majority of shares of Philippine-listed company Asiabest Group International Inc.