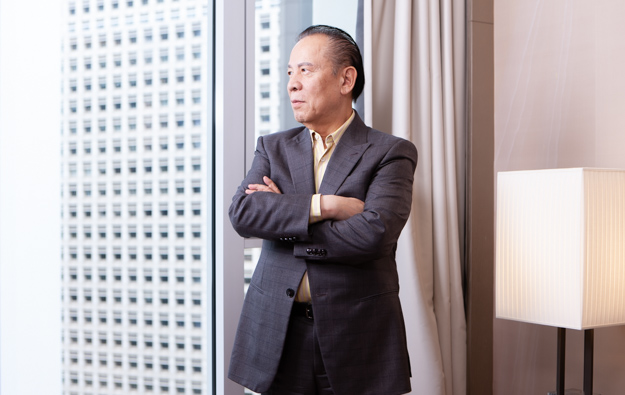 Japanese gaming tycoon Kazuo Okada (pictured) has asked the Philippine Stock Exchange to conduct what his side terms a “thorough” investigation into Philippine-listed Asiabest Group International Inc, for what he calls misleading disclosures about its proposed takeover by Hong Kong company Tiger Resort Asia Ltd.

Representatives for Mr Okada issued a written statement on Thursday, which reiterated an earlier request for the bourse to investigate the deal.

Mr Okada also released a letter from his lawyers to the stock exchange, dated September 21, telling it that supposedly comprehensive corporate disclosures by Asiabest should be considered “suspect and outright evasive” because they failed to mention Mr Okada’s pending intra-corporate suit against Tiger Resort Asia, a part of his effort to regain his interest in that company.

Philippine lawyers for Mr Okada said that were Asiabest to mention his complaint in its disclosures it would have an effect on the trading or market value of Asiabest securities. The attorneys added that pending cases should be included in stock exchange disclosures to warn the public about the possibility that the proposed agreement between Asiabest and Tiger Resort Asia could be nullified.

“Considering that the very validity of the transaction between Tiger Asia and Asiabest Group may be questioned, if not annulled, the pending case should have been disclosed especially in Asiabest Group’s ‘Comprehensive corporate disclosure on backdoor listing,’ and ‘Change in control issuer disclosure,’ both dated 20 September 2018,” Mr Okada’s lawyers wrote.

Mr Okada asserts he was not consulted about the agreement for Tiger Resort Asia to buy two-thirds of Asiabest. The deal would see 200 million shares sold to Tiger Resort Asia, worth PHP646.6 million (US$11.9 million), in a transaction due to go through on November 12.

If permitted by the regulators, the deal would allow Tiger Resort Asia, which is controlled by Universal Entertainment Corp of Japan, to float in the Philippines equity in the operator of the Okada Manila resort.