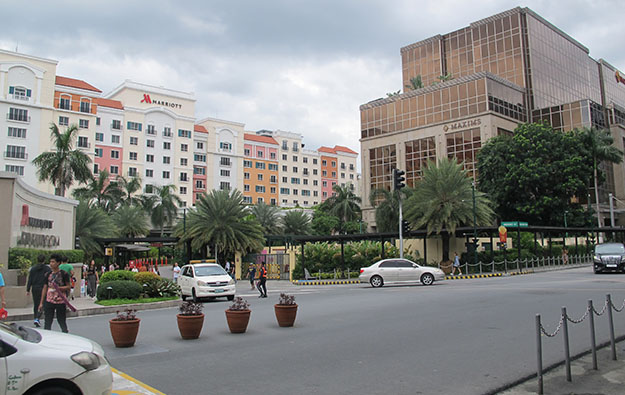 The opening of Hotel Okura Manila at the Resorts World Manila casino resort in the Philippine capital is on track for the end of the first quarter of 2020, said the property’s promoter in a written reply to GGRAsia.

“Due to some design changes, the launch of Hotel Okura Manila is expected to be [by the] end of first quarter 2020, but some of its food and beverage outlets will be opening before year-end,” a spokesperson from Travellers International Hotel Group Inc said in the e-mail statement to us.

The opening of the 188-room Hotel Okura Manila will take the total room count at the Resorts World Manila complex to approximately 3,500.

“The Grand Wing facility comprises [additional] gaming, hotels, and retail. It should be fully completed once Hotel Okura Manila is open,” the spokesperson told GGRAsia.

“Theoretically, the new wing could add the same amount of gaming capacity” as that of the original venue, said the Travellers’ spokesperson.

Travellers International said in August that its net profit for the second quarter fell by 51.8 percent year-on-year, to nearly PHP600.3 million (US$11.8 million). The decline in profit was despite an increase in revenue for the period, the company said at the time.

The shares of Travellers International stopped being traded on the Philippine Stock Exchange on October 21, after a voluntary request for delisting.

The imminent return of package tours from mainland China will not only help boost Macau’s tourism businesses, but is also expected to help casinos gain more foot traffic in their mass gaming... END_OF_DOCUMENT_TOKEN_TO_BE_REPLACED