One Macau casino to close as hotel used for quarantine: DICJ 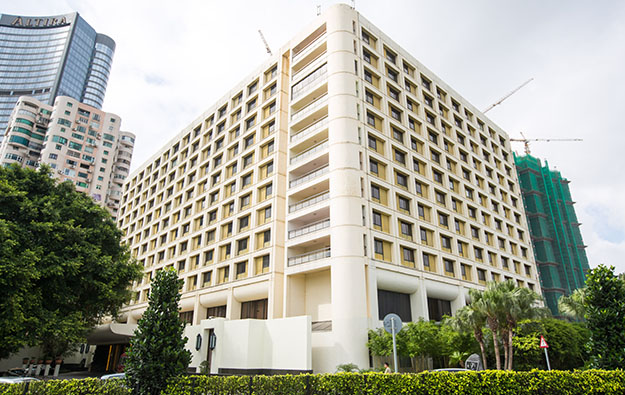 Casino Taipa, located at the Regency Art Hotel (pictured in a file photo), is to close temporarily from 3pm on Thursday (March 19), as that property will be used – for an unspecified duration – by the government to quarantine people arriving in Macau, confirmed the city’s gaming regulator to GGRAsia. The gaming venue is operated under the licence of Macau casino operator SJM Holdings Ltd.

After the closure of the casino at the Regency Art Hotel, Macau will have in operation an aggregate of 37 gaming venues, according to official data from the Gaming Inspection and Coordination Bureau, a body also known as DICJ.

The Macau government has so far designated three local hotels as sites where people returning to Macau must stay when undergoing the city’s now-compulsory 14-day quarantine. The Macao Government Tourism Office (MGTO) announced in a statement on Thursday that the 326-room Regency Art Hotel would now be used as a facility for “medical observation” of people entering the city.

The other two hotels are the Golden Crown China Hotel – across the road from Macau International Airport – and the Pousada Marina Infante hotel on Cotai.

Entry restrictions to the city that have been applied incrementally over recent weeks and days are based on the Macau government’s wish to prevent the city from importing infection cases of the novel coronavirus, a global public health threat that had now reached pandemic proportions.

In its Thursday statement, the MGTO said it was “safer” for people entering Macau to be quarantined in designated hotels than at home. The bureau also indicated that other hotels might be designated for such a purpose.

Currently, Macau only allows its own residents, and people living in either mainland China, Hong Kong and Taiwan to enter the city.

Since Thursday, non-resident workers registered in Macau and hailing from an overseas country have been banned from returning to the city. The government already had – since Wednesday – prohibit general visitors from overseas countries to enter Macau.

A global shortage of computing microchips is currently the biggest challenge for gaming machine manufacturers, says businessman Jay Chun (pictured in a file photo), president of the Macau Gaming... END_OF_DOCUMENT_TOKEN_TO_BE_REPLACED