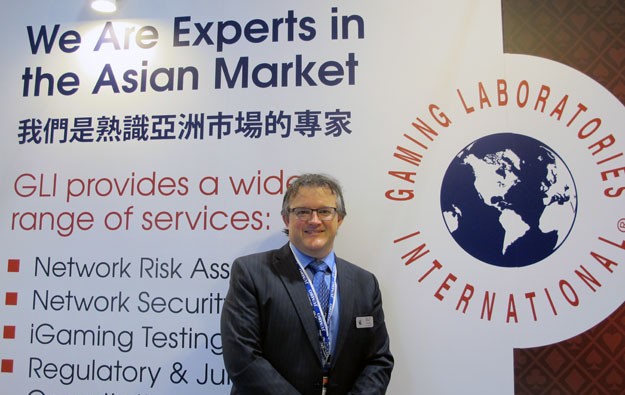 GLI – described as one of the largest providers internationally of independent testing, inspection and certification services to the gaming, wagering and lottery industries – opened its first Asian gaming testing facility in Macau in 2006. The company expanded it to a full-service testing laboratory in 2009. GLI also has an office in the Philippines, but it does not do any testing out of that country.

The company says that – globally – it tests all areas of iGaming offered either via the Internet – and via mobile devices whether online or offline – or via wireless in-venue platforms. The gaming testing specialist and technical consultancy adds it has provided testing and consultation services for several emerging online gaming jurisdictions in Australia, Europe, Asia, Latin America and North America.

“Online is a significant part of the work we currently do in Macau. A lot of the largest manufacturers are also working on the online business, either directly or by licensing their content to somebody else,” Mr Hughes said during the interview at the recent Global Gaming Expo (G2E) Asia casino industry trade show and conference.

One of the topics widely commented on by exhibitors and visitors at this year’s G2E Asia was the increase in number of stands promoting products and services related to online gaming.

In Asia, testing services for online games picked up “about three to four years ago,” said Mr Hughes.

“Most of that work – I would say 90 percent of the work that we do for online gaming in the region – is for the market in the Philippines,” said the GLI vice president.

He added: “There are a lot of operators and suppliers putting through a lot of content; we do everything from IP [address] blocking to random number generators. That work has been our fastest growing segment.”

Mr Hughes said there are some skill-based games coming into Asian markets, although the existing regulation still needs to catch up to the technological development. Some jurisdictions in the U.S. have already approved regulation changes allowing the use of skill-based and arcade-like features on slot machines.

The GLI executive said the fundamentals of regulatory requirements for skill-based games are mostly common in different jurisdictions, with differences regarding how much of the player’s return can be purely skill.

“Here in Macau … the requirements in terms of skill-based games are not clearly defined, whether it is permitted or prohibited. So, we have to work with other international requirements, such as GLI standards and then talk to the [local] regulator about whether they will be accepted or not,” Mr Hughes told GGRAsia.

Macau’s casino regulator, the Gaming Inspection and Coordination Bureau, had suggested last year that the city’s venues could provide different types of slot machines to make the mass floors more appealing to customers. The announcement from the bureau did not clarify what types of machines might be considered.

While new game products with skill elements are coming to the market, none of those games have gone through the process of approval in Macau, said the GLI executive.

“The manufacturers are looking at market acceptance and I think once the [casino] operators want to look at skill-based games then they will think about how to bring that in,” Mr Hughes noted. “But we haven’t seen a real demand for skill-based games from the operators in this market as we have in other markets, like in the United States.”

GLI’s vice president said approval of skill-based games in Macau “will be a process that will take time”.

“The clarity is what is important; we don’t want things to be rushed and find their way to the casino floor and, at that point, find out that modifications need to be made,” he said. “Demonstration and education with the regulator and the operators is going to be an important part of the process.”

There has been a “shift” over the past two years in terms of casino operators and players broadening their tastes in electronic table game (ETG) products, says Jim Preston, product director of... END_OF_DOCUMENT_TOKEN_TO_BE_REPLACED