Only 1 in 5 Chimelong visitors try Macau on same trip: poll 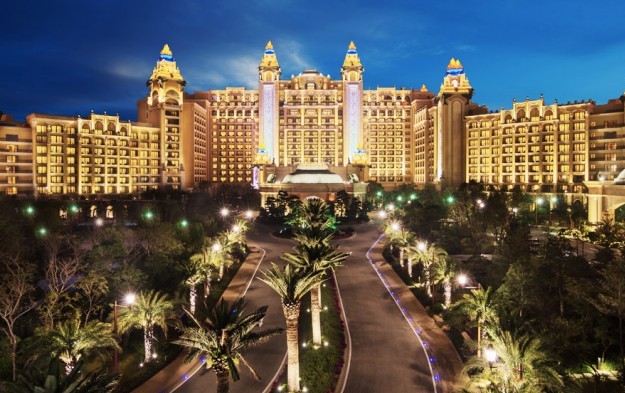 An investment research house says only 18 percent of those it recently polled while they visited a mainland theme park next door to Cotai stated they would visit Macau during the same trip.

Union Gaming Research Macau Ltd said it conducted the survey at Chimelong International Ocean Kingdom theme park located across from Cotai on Hengqin Island. It didn’t say how many people were surveyed.

When the RMB10 billion (US$1.6 billion) first phase of the park fully opened in early February to coincide with Chinese New Year, it was hailed by the authorities on the mainland and in Macau as a potential facilitator for two-centre holidays.

One rationale for such tour products were that mass market visitors could stay overnight at the 1,888-room Chimelong Hengqin Hotel (pictured) within the resort, where hotel prices can be cheaper than comparable accommodation in Macau depending on the time of the week.

Chimelong drew about 500,000 visitors during its first 10 days in business, boosted by novelty and demand during Chinese New Year, the developer, Guangdong Chimelong Group Co Ltd, reported in February.

Since then daily demand appears to have dipped to little more than one-tenth of that figure.

Union Gaming stated in its latest report: “…we believe the daily level of visitation has dramatically softened from early levels. We currently estimate daily run-rate visitation is closer to 6,000-8,000 persons, which would suggest annual visitation of 2.2 million to 2.9 million persons.”

Possible factors dampening demand for Chimelong include ticket prices, which are at a premium to some other regional attractions.

Union Gaming notes in its report that current pricing to the theme park is RMB245 (US$40) for children and the elderly and RMB350 (US$56) for adults. Entrance to Ocean Park, a popular Hong Kong attraction themed around regional wildlife, is HKD160 (US$21) for children and HKD320 (US$41) for adults according to its website.

A possible disincentive for mainland tourists to have a side trip from Chimelong to Macau is the limited opening hours for the Lotus Bridge, the nearest immigration crossing point to Cotai.

In November last year, Macau and Guangdong agreed to open the Lotus Bridge border crossing for three extra hours each day. Under that plan, the opening hours would be from 8am to 10pm. Currently however the hours are 9am to 8pm.

Union Gaming found in its survey however other positive indicators for the future of two-centre tours. The poll suggested that recognition of Macau gaming operator brands among Chimelong visitors was very high, with 89 percent of all theme park visitors able to identify at least one flagship property in Macau.

A total of 78 percent of respondents to the survey indicated they had already been to Macau. Fully 59 percent of those visitors polled that came from outside Guangdong province next door to Macau, had previously been to Macau. Additionally 34 percent of all theme park visitors who were not visiting Macau on that trip to Hengqin would consider a two-centre trip next time, stated the research house.

“…we remain positive on Hengqin Island as [a] long term visitation driver to Macau, especially when the theme park develops its additional phases (9 theme parks, 12 hotels, 3 golf courses, etc), and up to 300,000 residents move in to Hengqin’s residential districts,” noted Union Gaming.

It said the survey was done “across various week parts and day parts” and that it encompassed visitors from 18 different provinces and official municipalities across China.

The stock prices of Hong Kong-listed firms directly linked to Macau casino operations rose in Monday trading, following the Saturday announcement that the six incumbent licensees had each been... END_OF_DOCUMENT_TOKEN_TO_BE_REPLACED