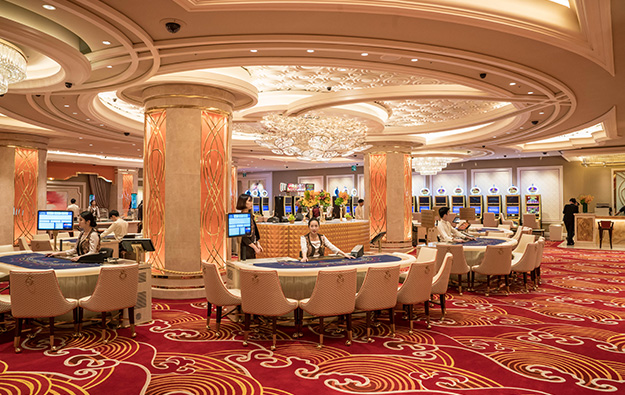 Only two out of eight foreigner-only casinos on the South Korean holiday island of Jeju are currently operating, according to Thursday telephone enquiries by GGRAsia. As of mid-December, four out of eight Jeju casinos had been running.

The latest one to undergo a temporary closure – of undetermined length – is Gongzi Jeju Casino (pictured in a file photo). It has been shut indefinitely since April 10, according to telephone calls made by GGRAsia to the venue, and to the Jeju local government.

The reason for the latest venue to suspend functions was “business deterioration” due to the Covid-19 pandemic. The suspension was “temporary, but with no time limit”, said the Jeju government official.

Jeju Lotte Tour Casino, operated by Lotte Tour Development Co Ltd, was closed on April 9, in preparation for moving the gaming licence to the group’s new foreigner-only casino at the new Jeju Dream Tower complex on the north coast of Jeju.

GGRAsia telephoned the two venues for information on current opening times, but had not been able to confirm the operational hours before this story went online.

As of 11am on Thursday, Jeju had recorded 668 Covid-19 infections and one fatality. It has also recorded 41 new cases during April so far, according to the Jeju local government website.

As of 12am on Thursday, South Korea had recorded 698 new cases in 24 hours, taking the confirmed tally to 112,117, including 1,788 deaths, according to the Ministry of Health and Welfare.

The Philippine Amusement and Gaming Corp (Pagcor) told GGRAsia it has not yet received “any proof of compliance” from Suncity Group Manila Inc, which would allow the company to regain its... END_OF_DOCUMENT_TOKEN_TO_BE_REPLACED