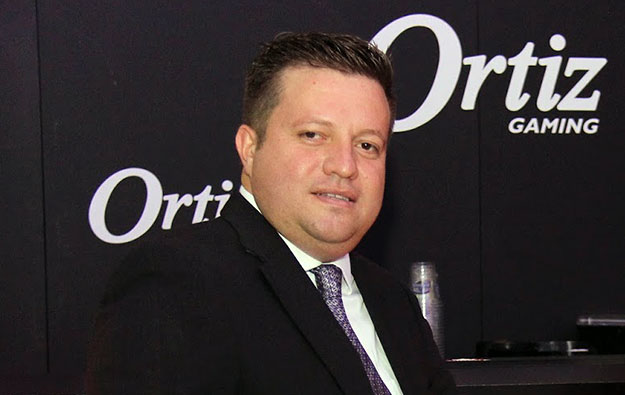 Ortiz Gaming, a South American developer of electronic slot and bingo gaming machines, is eyeing to expand its Asian footprint in 2015.

The company, founded two decades ago, entered the Asian market last year. It has an office in the Philippines.

As of last June, the company claimed to have machines installed and partnerships with over 25 Asian gaming industry operators.

“In 2015, we will continue our growth and expansion in North America and Asia, but we are setting the bar high in terms of performance,” Maurilio Silva (pictured), president of Ortiz Gaming, stated in a press release.

“We launched some amazing new products like our evolutionary curved O-Circle cabinet, which will go to market in early 2015. This will set the pace for the year,” Mr Silva added.

The O-Circle cabinet was presented during the opening day of Global Gaming Expo (G2E) 2014, in Las Vegas. It features a 42-inch (107-centimetre) curved display and surround sound.

Some Macau casinos visited by GGRAsia on Thursday, actually had tables that were closed, notwithstanding strong consumer demand during Chinese New Year (CNY). The reasons for some tables being... END_OF_DOCUMENT_TOKEN_TO_BE_REPLACED