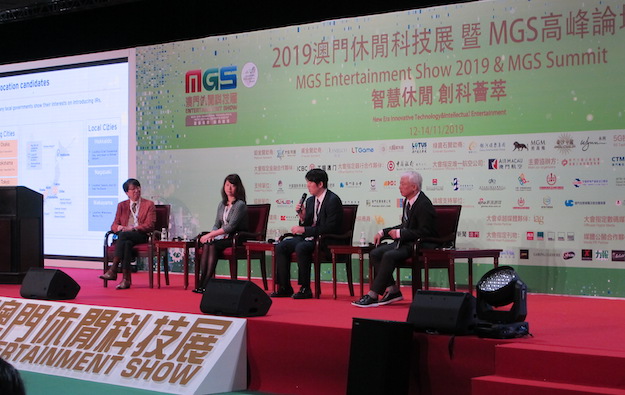 Osaka is likely to move ahead with a request-for-proposal (RFP) process for a casino resort in that Japanese prefecture and city, even before the country’s national government puts forward the finalised version of its so-called basic policy on integrated resorts. That is according to Kentaro Maruta, partner at consultancy firm KPMG AZSA LLC.

Mr Maruta told GGRAsia that the goal of advancing with a RFP process before the final version of the national basic policy was ready was in order to ensure Osaka could keep to its target of having an operational casino resort – or integrated resort (IR) as they are known in Japan – by 2025, to coincide with the metropolis hosting the World Expo. Industry insiders expect the finalised basic policy to only be announced by the national government in the first quarter of 2020.

Japanese communities wishing to host an integrated resort must first find private-sector partners and then make a bid to the national government, seeking selection.

“The timing by which Osaka will select the operator will be maybe around August next year,” Mr Maruta told GGRAsia on the sidelines of the MGS Entertainment Show 2019, a casino industry trade exhibition and conference taking place in Macau.

He was a speaker at a conference panel (pictured) on Japan’s integrated resort market. Mr Maruta has been involved in the provision of consultancy and research services on the IR topic to the national Japanese government and to local municipalities, as well as to private firms.

Mr Maruta told GGRAsia that in Japan there was a generalised perception that Osaka would eventually be selected by the national government to host one of the three casino resorts to be allowed in the country as part of a first wave of casino liberalisation. However, the Osaka authorities could only officially move forward after receiving approval from the national government. That is likely to only happen in 2021: a schedule for site selection by the national authorities is expected to be released in the next few weeks, according to Mr Maruta.

Hirofumi Yoshimura, the governor of Osaka prefecture, was quoted by media reports as saying in early September – at the time the national government announced its draft basic policy on integrated resorts – that the metropolis would launch a RFP phase before the end of this year in its quest for private-sector partners for a casino resort. He added it was hoped Osaka could complete the operator selection process by spring 2020.

Japan public broadcaster NHK reported last month that – assuming Yumeshima, an artificial island offshore from the downtown area, is the selected site for an Osaka tilt at a casino resort – the local authorities would hand over the land to the project developer six months earlier than previously anticipated. The previously-mentioned handover date was April 2022.

Recently a number of major casino operators – including Wynn Resorts Ltd, Las Vegas Sands Corp and Melco Resorts and Entertainment Ltd – has passed up the chance to partner with Osaka on a Japanese casino resort. United States-based MGM Resorts International, parent of Macau operator MGM China Holdings Ltd, has been consistent in its public statements in support of Osaka.

Osaka launched in late April a request-for-concept phase for private-sector partners interested in acting as a partner for the metropolis on a gaming resort.

KPMG’s Mr Maruta told GGRAsia that Yokohama was also a strong contender for a casino resort licence provided the city’s authorities could reduce political opposition to such scheme. Yokohama announced in October the establishment of an integrated resort promotion office to oversee matters related with the city’s aspirations to be selected to host one of Japan’s first casino resorts.

Osaka and Yokohama are two of eight places in Japan that are definitely considering seeking national government permission to host casino resorts, according to comments in September by Kazuyoshi Akaba, Japan’s Minister of Land, Infrastructure, Transport and Tourism. The others were: Hokkaido, Wakayama, Chiba, Tokyo, Nagoya and Nagasaki.

Slot-machine maker and game-content provider Aristocrat Leisure Ltd says it has completed the acquisition of Roxor Gaming Ltd, a game developing company based in London, in the United Kingdom. The... END_OF_DOCUMENT_TOKEN_TO_BE_REPLACED