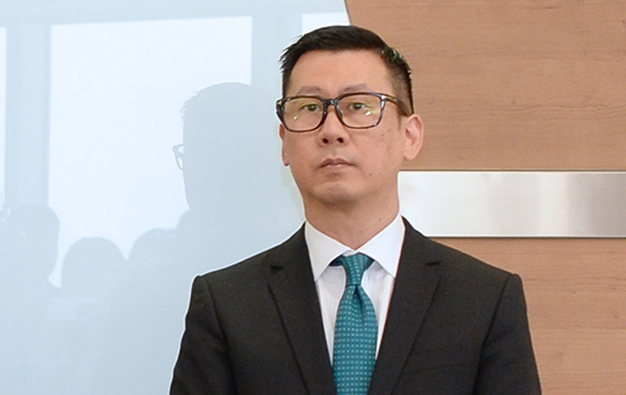 The new director of Macau’s Gaming Inspection and Coordination Bureau (DICJ), Paulo Martins Chan (pictured), said on Wednesday that the gaming regulator had not renewed the licences of 35 gaming promoters – also known as junkets – for failing to submit information required under new accounting rules for the sector.

“In October … we issued new accounting guidelines for gaming promoters but a few of them haven’t submitted the required information within the deadline,” Mr Chan told public broadcaster Radio Macau.

“We haven’t renewed the licence of these gaming promoters – a total of 35,” he added.

As of July 2015, there were 182 licensed junkets in Macau, according to data provided by the gaming regulator to GGRAsia in August.

“We suspect most (if not all) of these 35 junkets [that did not have their licences renewed by DICJ] were probably on their way out the door anyway due to weak demand,” analyst Grant Govertsen from Union Gaming Securities Asia Ltd wrote in a note on Wednesday following Mr Chan’s comments.

“This is in line with our view that the junket industry will continue to see further closures and consolidation, and also in line with our current forecast for VIP gross gaming revenue to decline 12 percent in 2016,” he added.

Junket operators must also file with the gaming regulator details on the key personnel in charge of financial operations.

The announcement of these new rules followed an alleged fraud case amounting to tens of millions of U.S. dollars that rocked the Macau VIP gambling segment in September last year. At the time, Macau junket operator Dore Entertainment Co Ltd, which operates VIP facilities at casino Wynn Macau, announced it had been a victim of internal fraud by a former employee.

The city’s police confirmed last week having received a complaint about the incident by a representative from the casino at L’Arc. According to some media reports, the case involves a senior staff member from L’Arc responsible for overseeing VIP rooms directly managed by the casino.

In a note on Monday, analysts at brokerage Sanford C. Bernstein Ltd said the most recent junket fraud case “may accelerate the government’s plans to potentially introduce greater junket regulation”.

“Such new regulations would create headwinds in junket VIP and may further limit junkets’ ability to raise capital and conduct operations in the manner to which they are accustomed,” said the Sanford Bernstein team.

The legal framework of the city’s gaming industry needs to be improved in order to strengthen oversight, said on Wednesday the director of the Gaming Inspection and Coordination Bureau. He added that the regulator needed to strike a balance between different views in order to promote the healthy development of the sector.

Mr Chan, who heads the bureau since December 1, also told Radio Macau there would be stricter requirements to check the suitability and financial situation of junket operators. The official however did not say when the new rules for the sector would be announced.

Union Gaming’s Mr Govertsen wrote on Wednesday that “junket regulations are most certainly going to be increased (to what extent remains unclear), although via consultation with both casino operators and junkets.”

He mentioned the potential creation of a central credit database that could track the extension of credit at the individual customer level, a proposal that has been advocated by junket sector representatives. “We’re not sure this would work given an intense desire for privacy,” Mr Govertsen stated.

The current financial woes of Macau junkets are in part related to problems collecting debts from VIP gamblers.

Kwok Chi Chung, president of the Macau Junket Operators Association, said in an interview with Bloomberg News in December that Macau’s VIP gaming promoters recently only had been able to collect 20 percent to 30 percent of their debts. In 2013, 70 percent of loans were repaid promptly, he added.

On Wednesday, Mr Chan acknowledged the issue, saying that there were always risks associated with extending credit to gamblers from outside of Macau. Gaming debts are not legally enforceable in mainland China, where most of the Macau VIP gamblers come from.

“This is one of the reasons why we are trying to expand the mass market segment,” said Mr Chan.

Starting from 1am on Tuesday (August 9), most travelling directly by air or sea to Macau from mainland China are required to take a nucleic acid test (NAT) upon arrival, plus another such test within... END_OF_DOCUMENT_TOKEN_TO_BE_REPLACED