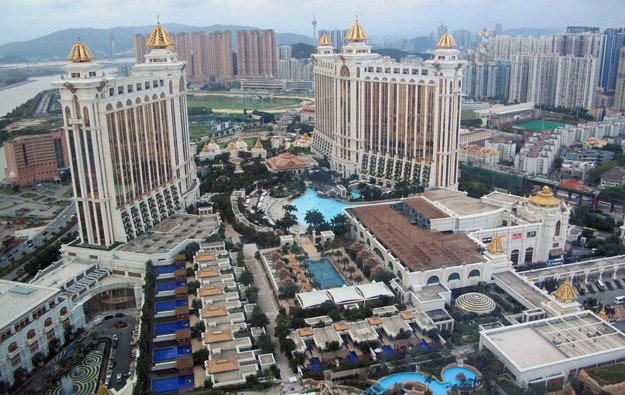 The Macau casino market’s shift to a more mass market appeal might already be having some positive effects in terms of type of overnight visitor, says a note from brokerage Sanford C. Bernstein Ltd.

The institution was commenting on the city’s visitor data for December, released last week, which showed the number of overnight visitors rose 14.2 percent year-on-year, while the number of same day visitors fell by 5.2 percent.

Official data released last week from the Macau government indicated that in 2015, just over half of all Macau’s tourists came either from neighbouring Guangdong province or from Hong Kong, many of them day trippers rather than overnight visitors.

While some of that difference is attributable to hotel costs, casino industry executives have said there is typically a positive correlation between an overnight or multi-night stay at a casino resort hotel and how much the guest spends on other facilities in the resort.

Sands China has most of its Macau hotel rooms and facilities in Cotai, rather than in the city’s traditional gaming zone on Macau peninsula.

Capturing more of the gambling spend of mass-market visitors is a priority for Macau’s casino operators wherever in Macau their casinos are located. The rate of year-on-year decline in Macau VIP casino gross gaming revenue (GGR) was 35.8 percent, more than double the 14.5 percent decline rate in mass-market GGR in the fourth quarter, showed data from the local regulator, the Gaming Inspection and Coordination Bureau.

There are also differences in the structure of the market depending on where in Macau the gambling takes place. Japanese brokerage Nomura estimated in a Monday note that Cotai’s total mass casino GGR in the fourth quarter declined by 1 percent year-on-year, compared to a likely 13-percent contraction of such revenue for properties on Macau peninsula.

They added: “Melco Crown saw mass GGR improve by 20 percent quarter-on-quarter, which we largely attribute to the opening of Studio City in October 2015.”

The two Daiwa analysts stated they remained “neutral” on the Macau casino sector and continued “to prefer the Cotai-ready operators amid the market-share shift from the peninsula to Cotai.”

Most of the new hotel rooms being added to the Macau market in the next few years will be on Cotai rather than the peninsula.

Many of the hotel rooms currently on Cotai are in the five-star category. The high price of Macau hotel rooms was cited as an inhibitor for extended stays or increased frequency of stay in a survey of Chinese outbound tourists conducted by brokerage CLSA Ltd and published recently.

Analysts Aaron Fischer and Marcus Liu wrote: “Clearly there are problems with [Macau] hotel room prices with 61 percent [of respondents] saying hotel room prices are too high and 48 percent of those who didn’t stay overnight said it was because of the high room rates. So naturally, we believe more hotel rooms and lower room rates will result in an increase in overnight stays and an increase in length of stay.”

Macau’s casino gross gaming revenue (GGR) for the first five days of February is estimated at MOP1.9 billion (US$235.1 million) – or MOP380 million per day – a level that suggests a “45... END_OF_DOCUMENT_TOKEN_TO_BE_REPLACED