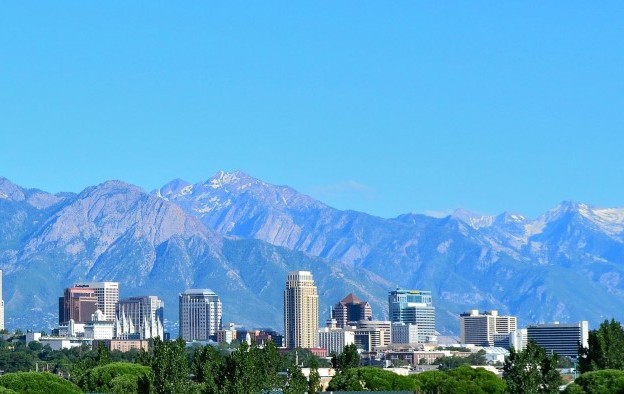 A shelf company that says it owns pachinko parlours in Japan, plans to open one in Salt Lake City, Utah (pictured), in the United States.

CMK Gaming International Inc – known as CMKI – announced on Wednesday it expects to open its Utah pachinko venue this year.

Shana Weiner, the company’s managing director, said in a statement: “The company’s first U.S. pachinko parlour should generate great interest and excitement within the Salt Lake City community.  From there we plan to capitalise on the excitement of the pachinko parlours by strategically placing them in communities that seek exciting new entertainment venues.”

In Japan, pachinko – a game where players pay up front for steel balls fed into pinball-style upright cabinets, with winning balls redeemed for prizes – is designated and regulated as a speculative pastime, and not as gambling. Pachinko has however been mooted as a possible game to be included in Japan’s proposed casino resorts.

Chapter 10 of Utah’s Criminal Code bars gambling, including online gambling, according to the website of the Utah State Legislature. The jurisdiction is also one of the few states in the U.S. to ban licensed lotteries.

According to a Gallup survey published in February, six in 10 Utah residents say they belong to The Church of Jesus Christ of Latter-day Saints, a grouping commonly known to non-members as the Mormons. The Church’s official website says it is opposed to gambling, “including lotteries sponsored by governments”.

In a May filing by CMKI to OTC Markets, a New York-based exchange for over-the-counter securities, one of CMKI’s shareholders is identified as “Ifumi Yamaguchi” with 11.7 percent. The person lists a Tokyo address in Imari City. The only other shareholder identified is Ms Weiner with 0.267 percent.

CMK Gaming International was originally incorporated in Colorado to pursue oil-drilling projects throughout the United States according to Wednesday’s  statement.