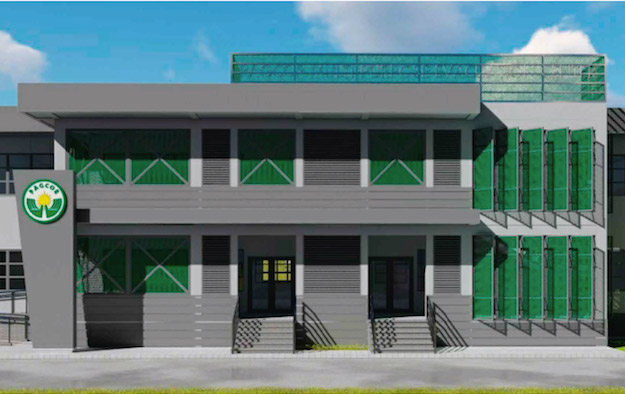 Casino regulator-cum-operator the Philippine Amusement and Gaming Corp (Pagcor) says it has allocated PHP2 billion (US$41.5 million) for the construction of multipurpose evacuation centres (pictured in an artist’s rendering) in some of the country’s typhoon-prone provinces.

Pagcor has initially approved 32 evacuation centres to be constructed in 31 sites across the nation, it said in a Monday press release.

Andrea Domingo, Pagcor’s chairman and chief executive, said in the release that the gaming regulator would allocate the amount “despite” the body’s “significant revenue losses due to the suspension of gaming operations and strict community quarantine measures” implemented nationally to stem the further spread of the Covid-19 pandemic.

“The Filipinos have suffered a lot this year – from the global pandemic to a series of destructive typhoons. Hence, despite our revenue losses, we have committed to provide a long-term solution to the most vulnerable sectors and communities,” Ms Domingo said as quoted in the release.

An extensive lockdown for Metro Manila, including for its large-scale casino resorts in Entertainment City, was first announced in mid-March as part of Covid-19 countermeasures, and was subsequently extended in increments although the terms were relaxed somewhat. Since June, casino firms in the capital city have been allowed to resume gaming operations at limited capacity.

According to Ms Domingo, while thousands of locals are evacuated whenever there is a disaster, some local government units “do not have enough evacuation centres.”

“We want to fill in that gap. Our multipurpose evacuation centres will be designed to withstand strong typhoons so that evacuees will feel safe and comfortable while they are away from their homes,” she added.

Once all details of the project are finalised, Pagcor said it would directly turn over the funding to the beneficiary local government units to set up the respective evacuation centres. The gaming regulator said it will adopt three schemes of donation depending on the site, and the need of each specific province.

In October, Pagcor reported income from gaming operations of approximately PHP22.33 billion in the first nine months of 2020, down 60.0 percent from a year earlier. The body posted net income of nearly PHP132.7 million for the period, compared with PHP4.97 billion a year earlier.

Universal Entertainment Corp said in a Wednesday statement it hoped to get the Okada Manila casino operation listed in the United States even before a new September 30 deadline agreed with 26 Capital... END_OF_DOCUMENT_TOKEN_TO_BE_REPLACED