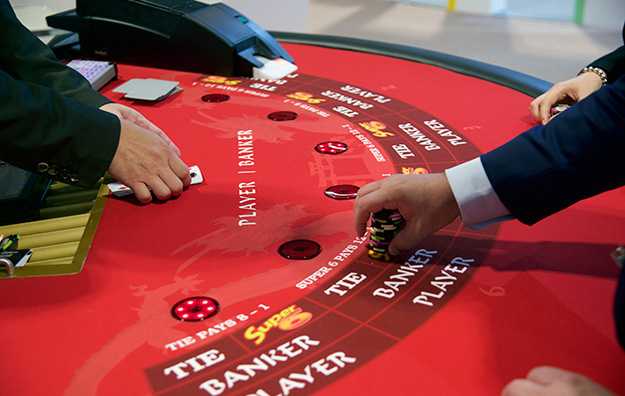 The head of the Philippine gaming regulator, Andrea Domingo, says nationwide gross gaming revenue (GGR) is likely to post only a slight year-on-year increase in full 2017.

Ms Domingo, who chairs the Philippine Amusement and Gaming Corp (Pagcor), told the Philippine Daily Inquirer newspaper she now expected full year GGR to reach about PHP150 billion (US$2.99 billion). Ms Domingo said the revised forecast was related to the negative impact on the country’s casino sector following the deadly attack at the Resorts World Manila property in Metro Manila on June 2.

The head of the Philippine gaming regulator had previously stated she expected neither the security situation in the southern island of Mindanao, nor the attack on Resorts World Manila to have any negative effect on the country’s casino GGR.

The Nikkei Asia Review reported in March Ms Domingo as saying Pagcor expected nationwide GGR of PHP155 billion to PHP160 billion this year, a 30 percent increase on the official target the body had set for 2016. In the end, the market exceeded the official forecast for 2016, recording nationwide gaming revenues of PHP149 billion.

The second quarter of 2017 saw Pagcor suspend gaming operations at the Resorts World Manila casino venue, following the attack on the property by a lone gunman that led to the deaths of 37 people.

The suspension of Resorts World Manila’s gaming operations cost the property about PHP60 million per day in lost gaming revenue, according to its operator. Casino operations resumed on June 29.

Casino gross gaming revenue had risen in the Manila market since then – partly spurred, say some analysts, by new venues, namely: City of Dreams Manila, operated by a unit of Melco Resorts and Entertainment Ltd; Solaire Resort and Casino, run by Bloomberry Resorts Corp; and Okada Manila, run by Tiger Resort, Leisure and Entertainment Inc.

Brokerage Maybank ATR Kim Eng Securities Inc wrote in a June 9 note that it expected “the adverse long-term impact [of the attack] on client sentiment and visitations will linger for the next two to three years which could force the Resorts World Manila management to change their business strategy.”

Ms Domingo told the Inquirer that GGR for 2017 could also be negatively impacted by the closure of some small-scale casino operations across the country. These included the closure in December of Fontana Casino at the Fontana Hot Spring Leisure Parks at Clark Freeport Zone on the main island of Luzon, and of Fort Ilocandia Hotel and Casino in Laoag City in northern Luzon. The two gaming venues were associated with Jack Lam Yin Lok, founder of Jimei Group and an investor in Macau VIP gambling operations. Their closure followed an arrest order against Mr Lam, issued just a few days after 1,316 Chinese nationals were detained at premises linked to the Fontana casino.

The imminent return of package tours from mainland China will not only help boost Macau’s tourism businesses, but is also expected to help casinos gain more foot traffic in their mass gaming... END_OF_DOCUMENT_TOKEN_TO_BE_REPLACED