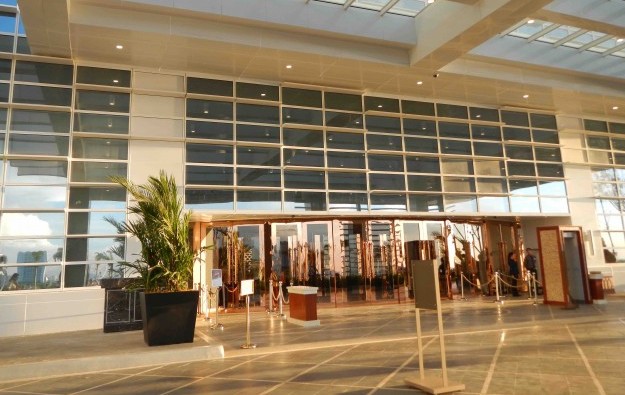 State-run casino operator and regulator the Philippine Amusement and Gaming Corp (Pagcor) has launched a new auction to sell two parcels of land where Solaire Resort and Casino stands in Manila, the Philippine capital.

In November, Pagcor had launched an auction for the same two plots. At the time, it was said interested parties should submit bids on November 27.

Pagcor provided no reason in the latest announcement regarding why it was trying again to sell the two plots of land.

An industry source told GGRAsia that no bids were submitted for the November auction process. GGRAsia approached Pagcor asking if there had been bids for that November process and seeking clarification on the latest status of that tender procedure. No reply to our enquiries had been received by the time this story went online.

The November auction rules stated that at least two bids had to be submitted for the properties to be auctioned. The same rule still applies to the latest auction.

Most of the requirements in the latest auction are the same as in the November one. Interested parties should submit their bids on January 26, 2pm (local time). Bids will be opened on that afternoon.

The minimum bid price for the combined plots remains PHP37.23 billion (US$739.0 million), to be paid in cash, according to the auction announcement, published on Pagcor’s official website. Prospective bidders must be Philippine nationals or otherwise authorised by law to acquire real estate in the Philippines. In case of a corporation or partnership, at least 60 percent of its capital must be owned by Philippine nationals.

Philippines-based Bloomberry Resorts Corp – the owner and operator of Solaire (pictured) – is entitled to match the highest complying bid for the two plots. The auction announcement says that Solaire’s lease agreement allowing it to occupy the land – contracted on behalf of Bloomberry unit Sureste Properties Inc – is in force up to July 2033 and “is extendible for another term under certain conditions”.

Entertainment City is an area earmarked by Philippine authorities to become a casino district, and is meant to emulate the success of Macau’s Cotai district. It currently features three casino resorts: Solaire; City of Dreams Manila, operated by a unit of Melco Resorts and Entertainment Ltd; and Okada Manila, by Japanese gaming conglomerate Universal Entertainment Corp.

Bloomberry reported net profit of approximately PHP1.86 billion for the three months ended September 30, the company said in November. Profit was up 31.3 percent in year-on-year terms. The strong increase in third quarter profit was mainly due to operations at Solaire, where net income increased by 45.9 percent compared to the prior-year period to PHP1.96 billion.