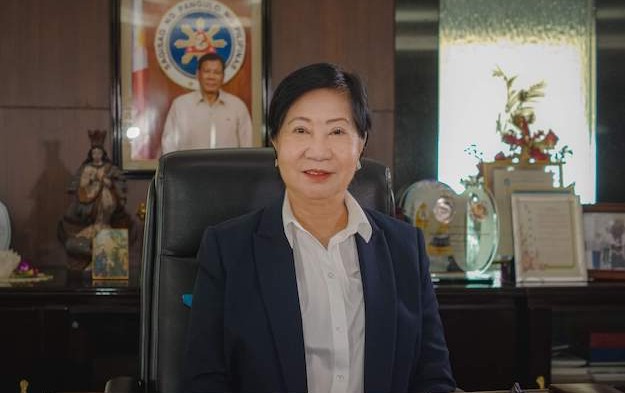 The chairman and chief executive of the Philippines’ gaming regulator says the body recorded aggregate revenue of more than PHP300 billion (US$5.44 billion) under her 6-year leadership.

That is according to a Wednesday press release from the regulator, the Philippine Amusement and Gaming Corp (Pagcor), quoting Andrea Domingo (pictured in a file photo).

“Pagcor’s effectiveness in regulating gaming resulted in the proper collection of revenues,” she was quoted as saying. “During our six years in office, we were able to record more than PHP300 billion, of which PHP234 billion went directly to the government and mandated beneficiaries while the remainder went to our social responsibility projects,” Ms Domingo stated.

Her comments were made during the inauguration of an evacuation centre in the city of San Fernando, Pampanga. Construction of the centre was funded by Pagcor.

Pagcor reported net income of PHP624.7 million for the first three months of 2022. It compared with net income of around PHP152.6 million in the prior-year period.

The regulator, which also operates some gaming venues, collects fees and other payments from the gaming operators it licenses. Pagcor is required by law to pass at least 50 percent of its gross earnings to the country’s treasury.

Ms Domingo, a former head of the Philippines’ Bureau of Immigration, was appointed to head Pagcor in 2016, as part of several changes in the leadership of public bodies introduced by President Rodrigo Duterte shortly after he took office.

Ms Domingo had been an organiser of volunteer groups for Mr Duterte’s election campaign.

Pagcor’s senior management is typically refreshed each time a new national president enters office. Pagcor was previously headed by Cristino Naguiat, who had been appointed by the Benigno Aquino administration.

Ferdinand Marcos Jr, Mr Duterte’s successor as the country’s president, will be sworn in on Thursday (June 30). Mr Duterte’s daughter, Sara Duterte, is to be vice president to the new leader, and took her oath of office on June 19.

Macau casino operator MGM China Holdings Ltd had a “record” market share in January, and its venues were the “highest-earning businesses” in the portfolio of the majority owner MGM Resorts... END_OF_DOCUMENT_TOKEN_TO_BE_REPLACED