Pagcor vows to enforce ban on govt officials in casinos 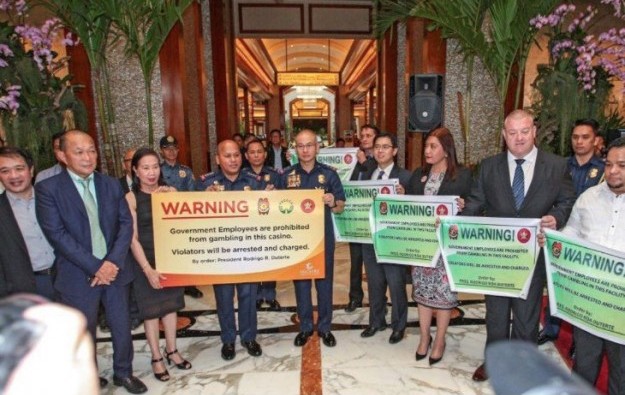 The Philippine gaming regulator says it will work with the country’s police force to implement strictly the order that prevents Philippine government officials from gambling in the country’s casinos. A new set of guidelines came into effect from January 1.

The Philippine Amusement and Gaming Corp (Pagcor) said in a press release  on Thursday that it has “joined forces with the Philippine National Police (PNP) to impose stricter penalties against government officials and employees who play in the casinos in the country”.

A ceremony was held on Wednesday – in which the PNP turned over warning signs to Pagcor and its licensed casinos – to mark the collaboration between the two bodies.

The head of Pagcor Andrea Domingo was quoted in the release as saying that she was “hopeful that the partnership with PNP will lead to a better implementation of the Responsible Gaming Code of Practice in the country”.

Also quoted in the release, the head of the PNP Ronald Dela Rosa said the signs would “serve as a stern warning to government employees to abide by the law including keeping from entering, staying or playing in casinos”.

Other social groups mentioned in the decree as being excluded from casinos are people under 21 years of age, or students of any school, college or university in the Philippines.

On December 12, Pagcor issued a notice to all Pagcor-operated and regulated gaming venues regarding the Responsible Gaming Code of Practice, adding that the parents, spouses and children of government officials have also been included in the casino ban.

Philippine casinos can be fined PHP100,000 (US$1,964) per entry per person or even face closure if prohibited persons are found in their venues.