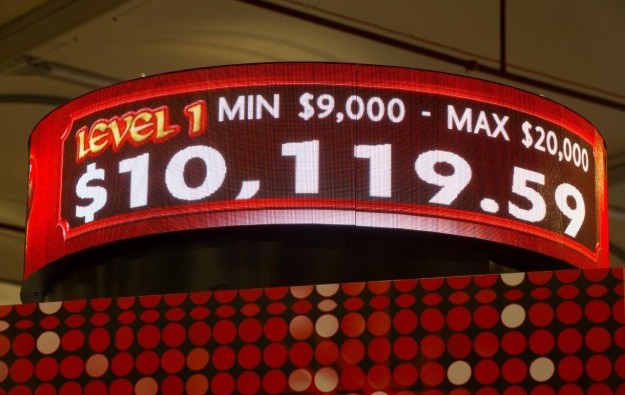 Paltronics Macau Ltd – a subsidiary of Australia-based Paltronics Australasia Pty Ltd, a supplier worldwide of casino equipment – has jointly announced with the management of the Resorts World Manila gaming property in the Philippines, a deal to supply the latter with Paltronics’ One Link 3E suite of products for slot machine jackpots and on-floor casino media management.

In addition, Paltronics Macau said it was looking forward – under its ongoing relationship with Resorts World Manila, a property located in the Philippine capital – to supplying Paltronics’ One Link 3E range for the venue’s new gaming facilities when they open in 2018.

The newly-activated partnership means Paltronics Macau has its products in “all major integrated resort properties in the Metro Manila area,” said Kylie Rogers, vice president of operations – Asia for the company, in a statement to GGRAsia.

Ms Rogers also told us that Okada Manila – a private-sector casino resort in Manila that is being developed by Japanese gaming entrepreneur Kazuo Okada, and that is due to have a first-phase launch in December – would “go live with One Link and Paltronics’ table products”.

The latter is a reference to a range of Paltronics products that provide enhancements to operational efficiency of traditional casino table games, and – in some cases – new betting features for the players.

Ms Rogers told GGRAsia: “We are delighted to be able to announce these latest deals, highlighting in particular the market’s growing understanding of the benefits the One Link 3E product suite provides, and its value to a casino operation.”

One Link 3E product will go live at Resorts World Manila in the calendar New Year, the executive added.

The One Link 3E range is said to offer casino operators comprehensive coverage of casino media and slot jackpot operations.

The One Link 3E Slot System oversees jackpots and bonuses for slot machines, including those that are linked to a progressive – i.e., pooled – form of jackpot award whereby the players within the slot machine system or the specific casino property all contribute to the jackpot fund.

Paltronics noted the One Link 3E Slot System is compatible with the majority of slot machines, and can be configured for popular multi-game and, or, multi-denomination games.

The company added that its One Link 3E Media System gives casinos the ability centrally to create, edit and narrowcast a full range of media content playlists on multiple types of display, at one or more gaming properties.

Such content can include brand messaging, marketing communications and promotional strategies via digital signs, using video, audio, animations, live streaming television broadcasts, or text.  The One Link 3E Media System can control media for any number of displays at a casino, said the company.

Paltronics stated that the One Link 3E Slot System and One Link 3E Media System teamed together, enable casino operators to combine the oversight of slot machine bonuses and progressive jackpots with entertainment and promotional content, including information for players about upcoming jackpots or the broadcasting of winner celebrations.

The Macau authorities announced on Friday some of the key aspects of a bill proposing a new regulatory system for gaming that will shape how the industry looks for years ahead. Macau’s Executive... END_OF_DOCUMENT_TOKEN_TO_BE_REPLACED