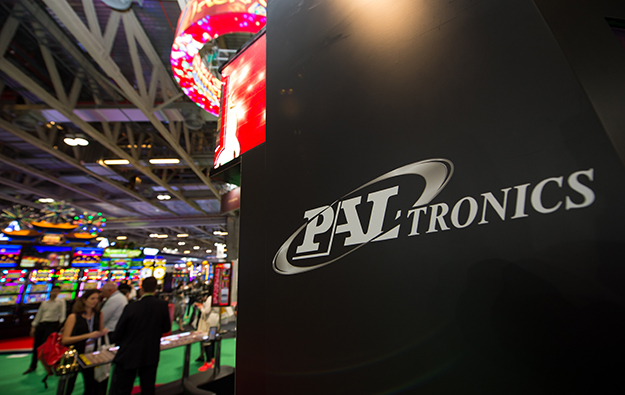 Paltronics Macau Ltd says it now provides approximately half the nearly 16,000 slot machines in the Macau market with the company’s One Link suite of products for slot machine jackpots and on-floor casino media management.

“I think the fact the products are reliable is an important element in our penetration rate,” said Stephen Cowan, managing director of the firm’s parent, global casino equipment supplier Paltronics Australasia Pty Ltd, in comments to GGRAsia at the recent Macao Gaming Show 2016.

Macau had 15,769 slot machines in the local market at the end of the third quarter 2016, according to the city’s casino regulator, the Gaming Inspecton and Coordination Bureau.

Paltronics’ Mr Cowan stated that another factor in the popularity of One Link technology on casino floors is that some gaming machine manufacturers ask Paltronics to integrate its jackpot management and slot management technology in their own products.

Paltronics Macau had announced in November – after the Macao Gaming Show 2016 – that its One Link 3E suite of products was in all major integrated casino resort properties in the Metro Manila market in the Philippines.

The One Link 3E Slot System oversees jackpots and bonuses for slot machines, including those that are linked to a progressive – i.e., pooled – form of jackpot award whereby the players within the slot machine system or the specific casino property all contribute to the jackpot fund.

Paltronics says its One Link 3E Media System gives casinos the ability centrally to create, edit and narrowcast a full range of media content playlists on multiple types of display, at one or more gaming properties.

Mr Cowan added that the high recognition rate of Paltronics’ One Link equipment in the industry had also given the firm “a vehicle” to introduce its new table products.

“We were significantly focused as a company on the jackpot and media management products, so we wanted to diversify a bit,” he explained.

“One of the driving forces with the table games products was the ability to access guests and their [market] intelligence. You [as an operator] need the ability to be able to tap into that and use it,” Mr Cowan stated.

“Now we are doing table hardware and some bonusing games.”

Paltronics’ Lucky Tie baccarat table offers a house-funded jackpot, encouraging the player to bet on the ‘tie’ bet, where the house edge is more robust than that found in the more common ‘player’ and ‘banker’ bets.

“Our next step is to tie our table games into the One Link structure, “ he added.

Some Macau casinos visited by GGRAsia on Thursday, actually had tables that were closed, notwithstanding strong consumer demand during Chinese New Year (CNY). The reasons for some tables being... END_OF_DOCUMENT_TOKEN_TO_BE_REPLACED