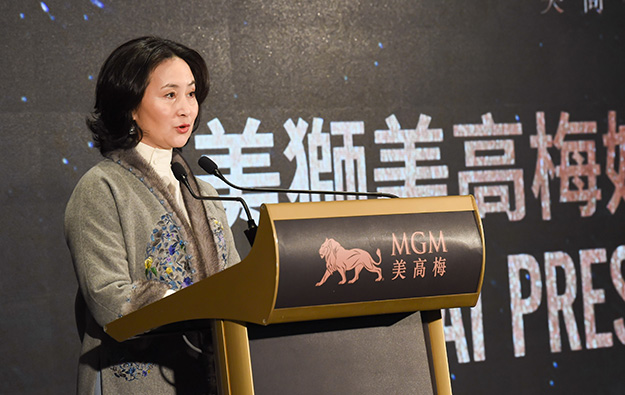 Ms Ho (pictured in a file photo) grossed an aggregate of just above US$78.9 million from the exercise, conducted in tranches between November 26 and December 12, according to records filed to the Hong Kong bourse.

Prior to November 26, Ms Ho held a stake of 2.20 percent in MGM Resorts. Her stake had been reduced to 1.78 percent by December 12, a disclosure record showed.

The average sale price per MGM Resorts share was approximately US$32.12.

The businesswoman had sold in early November a total of 4.5 million shares in MGM Resorts, for an aggregate of US$140.2 million. At the time, Ms Ho said the sale was a “restructuring” of her personal financial portfolio.

She added in comments to reporters shortly after that sale: “It is only just a restructuring of my own financial portfolio. But this is only representing a very small proportion of the holdings that I have [in MGM Resorts]. I will continue to hold on to the remaining [shares].”

Prior to the most recent sales, Ms Ho made a major disposal of MGM Resorts shares in November last year. At the time, she sold more than 11.06 million units of stock in the company, reducing her shareholding from 5.16 percent to 3.06 percent, according to records available in the official website of the Hong Kong Stock Exchange.

Most of Macau’s casino operators are likely to generate positive free cash flow in the first quarter, given the robust recovery level of mass-market gross gaming revenue (GGR) in January, relative... END_OF_DOCUMENT_TOKEN_TO_BE_REPLACED