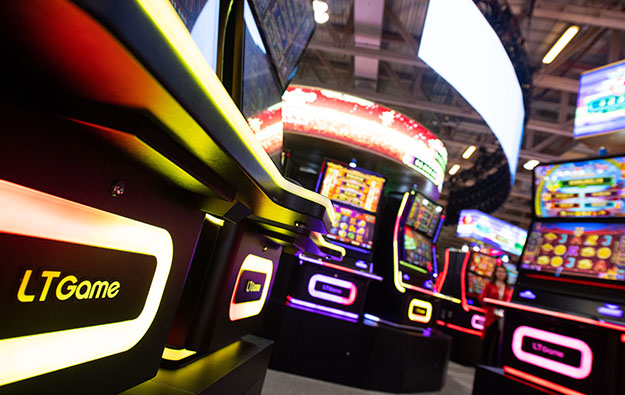 The board of the Hong Kong-listed firm did not recommend the payment of any interim dividend.

Profit for the six months to June 30 was HKD19.4 million (US$2.5 million) compared to HKD25.3 million in the prior-year period. First-half revenue rose to nearly HKD592.0 million, compared to HKD563.9 million a year earlier.

Costs – including operating and administrative expenses – rose 1.5 percent year-on-year during the reporting period, to HKD321.9 million.

Revenue from sale of electronic gaming equipment and systems – via the LT Game brand – generated HKD89.3 million in the first half, an increase of 79.1 percent over the nearly HKD49.9 million for the first six months of 2018.

The improvement “represented mainly the sale of a total of 461 live multi game terminals… and the provision of upgrading services to 605 live multi game terminals at various casinos in Macau,” in relation to new technical standards in the Macau market, said the firm in a Thursday filing to the Hong Kong Stock Exchange. That was a reference to an electronic game product that offers players multiple popular casino table games delivered via a live dealer, but using electronic betting and electronic bet settlement.

Paradise Entertainment noted that its sales in the first half of 2018 had been mainly attributable to 217 live multi game terminals supplied to the MGM Cotai casino resort promoted by MGM China Holdings Ltd. That property opened in February that year.

For the first half this year, group adjusted earnings before interest, taxation, depreciation and amortisation (EBITDA) rose 6 percent, to HKD63.3 million, from HKD59.7 million. The growth in group-wide EBITDA was due to a better performance of the electronic gaming equipment segment during the reporting period.

Adjusted EBITDA from casinos under the group’s management for the six months to June 30 actually felly by 15.5 percent year-on-year, to HKD66.3 million, from HKD78.5 million in the prior-year period.

The decline was “mainly due to the decrease in gross gaming revenue generated by Casino Kam Pek Paradise,” a property operating under the gaming licence of SJM Holdings Ltd.

That result had mainly been affected by the “temporary suspension of live multi game terminals at the casino” for their upgrade to comply with new Macau technical standards.

For the six months to June 30 this year, Paradise Entertainment said it had increased its investment in research and development and other costs on “new or upgraded electronic machines, slot machines [and] casino management systems, etc,” to HKD42.6 million, compared to HKD29.7 million for the prior-year period.

Jay Chun, chairman and managing director of the group, said in prepared comments issued in a press release following the results: “We look forward to the debut of our self-developed slot machines in the worldwide gaming markets including the Americas, Southeast Asia and Macau.”

Casino operator Melco Resorts and Entertainment Ltd announced on Thursday that it would launch at the end of June a new, themed zone for “family-friendly” entertainment at its majority-owned... END_OF_DOCUMENT_TOKEN_TO_BE_REPLACED