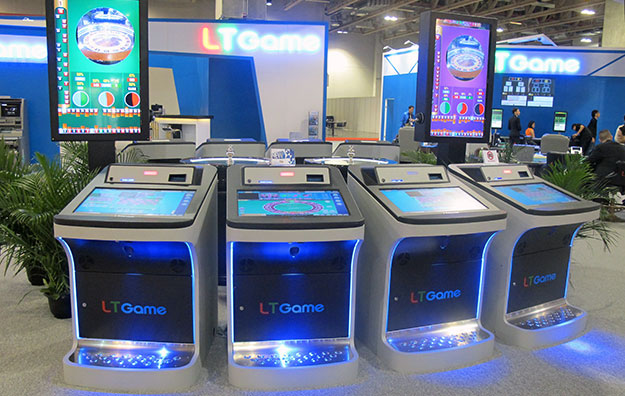 Macau-based casino equipment maker Paradise Entertainment Ltd reported a 36 percent decline during 2014 in profit attributable to its shareholders, despite a near 16 percent rise in revenue.

The firm said the reasons for the fall in profit were “full year impact of Waldo Casino which was loss making, the initial overheads of Casino Macau Jockey Club, as well as the higher amortisation from the acquisition of patent and patent applications in the United States completed in June 2013.”

The first two references were to Paradise Entertainment taking over “sales, marketing, promotion, player development and referral” at the Galaxy Entertainment Group Ltd-licensed Waldo Casino on Macau peninsula, and the refurbishment and relaunch of casino gaming operations at Macau Jockey Club under an SJM Holdings Ltd licence.

Revenue increased 15.7 percent to HKD1.19 billion, from HKD1.03 billion in the prior year.

The firm said the improved revenue was mainly due to Casino Kam Pek Paradise – an SJM Holdings-licensed casino solely for electronic table games and slot machines in downtown Macau – where revenue grew by 16 percent.

The venue “far outperformed the gaming industry in Macau which recorded a growth rate of -2.6 percent” for 2014, said Paradise Entertainment.

The board recommended a final dividend for the year ended December 31, of HKD0.05 per share. It is subject to shareholder approval at the annual general meeting on June 19. Paradise Entertainment added that the proposed dividend was not reflected in the consolidated financial statements for 2014.

If approved, the total dividend for the year – including an interim dividend of HKD0.02 per share paid in October – will be HKD0.07 per share.

The company said in the results filing it had added 172 extra slot machines to Waldo Casino’s floor in December 2014, and 84 slots to Casino Macau Jockey Club.

The firm is best known for its Live Multi Game (LMG) terminals, marketed under the LT Game brand, and offering casino games including baccarat, via a live dealer but with electronic bet settlement. It also has a proprietary electronic baccarat table it hopes will sell well in Macau and other markets.

Paradise Entertainment said 2014 was a “challenging working environment” due to the lack of new casino openings to drive sales of its LMG terminals. But it added: “We have successfully deployed and run our proprietary E-Baccarat Table at the Macau Jockey Club casino. Like our LMG terminal, the E-Baccarat Table serves to improve the productivity of dealers and the efficiency of casino operations. The acceptance and result have been encouraging, and we are confident that the adoption will pick up later this year among the mainstream casinos.”