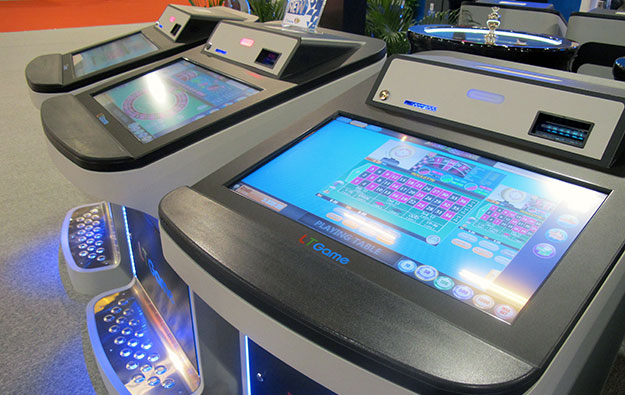 Electronic gaming machine maker Paradise Entertainment Ltd on Monday said it had “successfully deployed” 78 of its Live Multi Game (LMG) terminals at SJM Holdings Ltd’s Grand Lisboa casino-hotel in Macau. Such games are generally known in the industry under the category of electronic table games (ETGs) but in this particular case they feature a live dealer.

Paradise Entertainment’s equipment is marketed under the LT Game brand.

The company statement didn’t mention whether the equipment had already been checked on-site by the local gaming regulator, the Gaming Inspection and Coordination Bureau, so that players can use it.

Paradise Entertainment said the sales agreement provides for a further 42 terminals to be supplied, making an aggregate of 120 terminals.

Market wide in Macau, gross gaming revenue (GGR) from so-called ‘live multi game’ products grew by 51.7 percent year-on-year in 2014, to MOP2.26 billion (US$283 million), from MOP1.49 billion in full-year 2013. The gain occurred as revenue from most other casino games categories declined, according to data released by the local gaming regulator on January 16.

The live multi game product category features table-style games with live dealers but electronic betting and electronic bet settlement, with multiple terminals often arranged in a stadium-style arc. That means a single dealer can serve many more customers than can a dealer at a traditional live table.

Jay Chun, chairman and chief executive of Paradise Entertainment was quoted saying in Monday’s statement: “Casino operators in Macau are increasingly seeking table gaming solutions that allow them to quickly adapt to a changing market environment.”

He added: “Our patent-protected LMG solution improves the productivity and efficiency of casino operations and allows operators to broaden their customer reach. We believe the 78 LMG terminals installed at Grand Lisboa will deliver an attractive return on investment and further enhance the player experience.”

Paradise Entertainment also announced that 24 Live Multi Game terminals on trial at the Palazzo in Las Vegas, operated by Las Vegas Sands Corp, “have been converted into an outright sale”. It was the company’s first sale of such terminals in the U.S. gaming market.

“This is a big milestone for us,” said Mr Chun, adding that the firm expects more machine deployments in the U.S. market from this year.

Pragmatic Play Ltd, a content provider to the iGaming industry, has launched a new slot game called “Monster Superlanche”. The game is played across 6×5 reels, with colourful ‘monsters’... END_OF_DOCUMENT_TOKEN_TO_BE_REPLACED