Paradise Ent boss does not expect Macau cap on EGMs 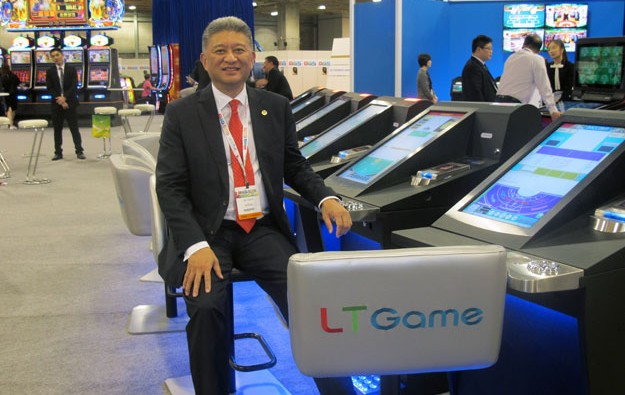 The chairman of casino equipment maker Paradise Entertainment Ltd said he does not expect the Macau government to introduce any limit on the number of electronic gaming machines (EGMs) in the market. Such a cap currently exists for live dealer tables.

“The [Macau] government policy is now really focusing on the mass market, a segment that it really wants to grow,” Jay Chun (pictured) said in a press briefing on Wednesday during the Macao Gaming Show. The three-day event, taking place at the Venetian Macao, ends on Thursday.

The Macau government has imposed a cap that seeks to limit the growth of live dealer table numbers to 3 percent compound annual expansion until end-2022 from a base of 5,485 tables at the end of the fourth quarter in 2012.

Mr Chun said the Macau authorities have made it clear that they want the city’s casinos to be more focused on a leisure experience, not just pure gaming. “I don’t think the [Macau] government would have a kind of policy to limit the number of EGMs,” he stated.

The focus on mass-market business by gaming operators would be a very good opportunity for manufacturers, as casinos would need more machines to support growth in the mass segment, said the executive.

With the new casino openings in Macau’s Cotai district next year, the market will have a shortage of dealers for live gaming tables, said Mr Chun. “EGMs will have to play a major role in [Macau] casinos,” he added.

Paradise Entertainment is exhibiting at the Macao Gaming Show its LMG-6 terminal with additional gaming features, as well as its fast betting terminal and E-Baccarat table. The firm will likely launch three or four new products early next year, said Mr Chun.

In August, Paradise Entertainment reported revenue of HKD571.1 million (US$73.7 million) for the six months to June 30, down 6.4 percent from the prior-year period. Revenue from sales and leasing of LMG terminals – in the latter case on a revenue-sharing basis – increased 42.5 percent year-on-year to HKD114 million.

“We are comfortable in the Macau market … and looking overseas we had a breakthrough this year, especially in the U.S. market,” said Mr Chun.

The firm said earlier this year that 24 LMG terminals on trial at the Palazzo in Las Vegas had been converted “into an outright sale”. LT Game products are going through the approval process in several states in the United States, and they have already been approved in Nevada.

In May, Paradise Entertainment’s chairman said the firm was aiming to deploy 700 machines in the U.S. this year, although the final number may fall short of the target.

“We do have quite a strong demand in the United States,” Mr Chun said on Wednesday. But he added: “I think total sales [in the U.S.] might be lower than what was originally expected.”

For its established LMG product, Paradise Entertainment has 200 units deployed in casinos outside of Macau and 3,723 units installed in 18 casinos in Macau, including 1,700 units at its self-managed gaming venues, it said on Wednesday.

The firm deployed 170 new LMG terminals in the Macau market in the first half of 2015. In October, Paradise Entertainment said it installed 63 units at casino hotel Lan Kwai Fong on Macau peninsula.

The company is also aiming to expand its business in the Asia Pacific region. Mr Chun said the firm has received orders from gaming operators in the Philippines and has installed units in casinos in Cambodia and Russia.

Paradise Entertainment should soon start selling its LMG terminals in Europe, said the firm’s chairman. “I think the U.K. will probably be the first market where we will install our products,” stated Mr Chun. Sales in the U.K. are likely to start in the first quarter of 2016, he added.

“Paradise will become a global gaming supplier,” Mr Chun said on Wednesday, adding that he expects product sales to increase between 20 percent and 30 percent next year.

The casino at the Jeju Dream Tower resort (pictured), in the capital of the South Korean holiday island of Jeju, recorded KRW18.5 billion (US$14.5 million) in gaming revenue for the three months to... END_OF_DOCUMENT_TOKEN_TO_BE_REPLACED