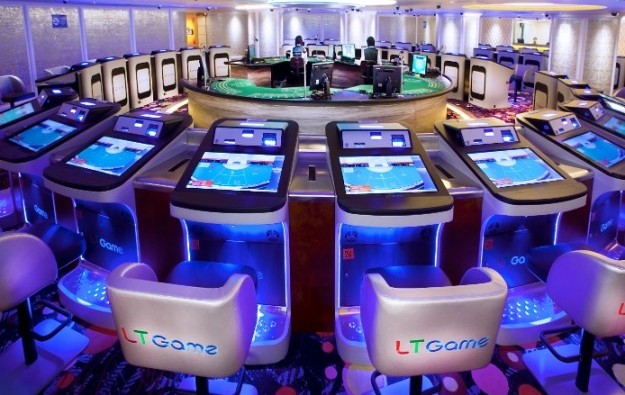 The company had said in its unaudited results announcement on August 28 that first net half profits had risen 13.5 percent year-on-year – although as the business had expanded, the cost of sales and administration had risen.

Paradise Entertainment is probably best known internationally for its Macau-based unit LT Game Ltd. The unit makes electronic games for casinos – notably the Live Multi-Game product with a live dealer offering familiar casino games including baccarat, sic bo and roulette, though with electronic betting and bet settlement for the players. The product has been popular with operators and players in the Macau market at a time of rising cost overheads for traditional tables and a government cap on new traditional tables.

But sales of LT Game machines and revenue sharing from machine operations only contributed 13.1 percent of the group’s total revenue for the period. Nonetheless, the parent’s earnings before interest, taxation, depreciation and amortisation (EBITDA) from the segment increased nearly 60 percent for the period, to HKD35.50 million (US$4.6 million), from HKD22.24 million in the year prior period.

For the period ended June 30, revenue generated by the provision of casino services contributed 86.9 percent of total revenue. The EBITDA increased from nearly HKD66.24 million to HKD125.29 million, representing an increase of 89.1 percent as compared with the same period last year.

Nonetheless, Paradise Entertainment said in its interim report that an event outside the reporting period – the announcement of a distribution deal for its equipment in North America with U.S.-based slot machine maker International Game Technology – would “enable the group to accelerate its expansion of [a] global presence and distribution” of its own machines.

Most of Macau’s casino operators are likely to generate positive free cash flow in the first quarter, given the robust recovery level of mass-market gross gaming revenue (GGR) in January, relative... END_OF_DOCUMENT_TOKEN_TO_BE_REPLACED