Paradise Entertainment profit up by 14 pct in 1H 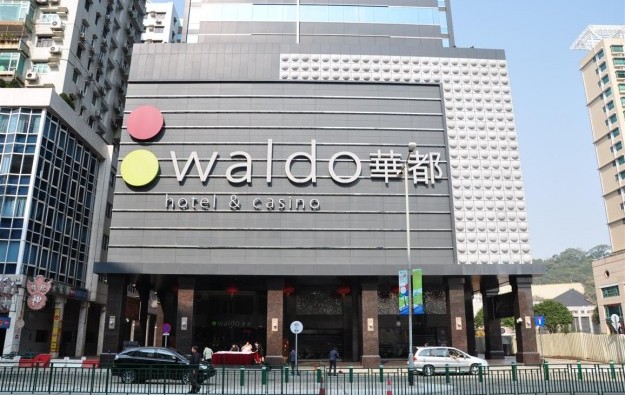 Its overall net profit, including from making and selling the boxes that deliver the company’s casino games – most notably its Live Multi-Game product under the LT Game brand and featuring a live dealer but electronic betting and bet settlement – rose a more modest 13.5 percent, from approximately HKD40.16 million to HKD45.60 million during the reporting period. The figure was impacted by the amortisation of several intangible assets and patents.

The interim results showed that the group – led by entrepreneur Jay Chun – is getting greater exposure to the casino services business segment. It is now providing casino services – including its own casino games – to three Macau casinos. Revenue from the segment jumped from HKD315.2 million to HKD530.4 million during the period.

Macau is unusual in having allowed during the years of the former gaming monopoly of Stanley Ho Hung Sun for third parties to manage casinos and hotels under his licence. That practice has been continued after market liberalisation.

In 2008, Macau’s first chief executive following the handover from Portuguese administration – Edmund Ho Hau Wah – announced a moratorium on such “service agreements”. The government decided it wanted to control the future growth of the industry by making new projects contingent on land concessions being issued to existing concessionaires.

Nonetheless a number of service agreements appear to have swapped hands since that date. GGRAsia has been told by sources that because the casino licences themselves have not changed hands, such arrangements do not need approval from Macau’s casino regulator, the Gaming Inspection and Coordination Bureau. In other cases – not linked to Paradise Entertainment – service agreements that have not previously been publicly reported are said to pre-date the moratorium.

But in February, Paradise Entertainment said in a press statement that a subsidiary called LT (Macau) Ltd was also to provide services including “sales, marketing, promotion, player development and referral,” to Waldo Casino (pictured) in Macau. The property – branded as Waldo Casino & Hotel – operates under a gaming licence from Galaxy Entertainment Group Ltd. “It is anticipated that this arrangement will further expand the group’s business and market share in Macau,” said Paradise Entertainment in its statement.

In April, the group extended its casino services business to Taipa in Macau by providing Casino Macau Jockey Club – founded by Stanley Ho Hung Sun and nowadays listing his fourth consort Angela Leong On Kei as a vice chairman of the jockey club – with casino services, including “sales, marketing, promotion, player development and referral, event co-ordination and other services”, said Thursday’s filing.

The increase in revenue was “mainly attributable to the growth in revenue from casino services, of which the revenue from Waldo Casino was recognised and the revenue generated by Casino Kam Pek Paradise for the six months ended 30 June 2014 increased by 20.6 percent,” said the filing.

Under the three-year agreement, IGT will distribute LT Game’s live and electronic table game products on an exclusive basis in the U.S. and Canada and potentially be able to take advantage of IGT’s several hundred jurisdictional licences in North America. LT Game will serve as distributor for IGT’s slot machines in Macau.

Paradise Entertainment on Thursday said that a final dividend of HKD0.05 per share for the year ended December 31, 2013 was declared and approved, to be paid to shareholders on July 15. The aggregate amount of the final dividend was approximately HK$53.2 million.

The board recommended the payment of an interim dividend of HKD0.02 per share for the period ended June 30, 2014.

Macau is to create distinct zones on its casino floors and designated gambling chips that will be solely for the use of players from overseas. The moves will be part of a new gaming tax system to... END_OF_DOCUMENT_TOKEN_TO_BE_REPLACED