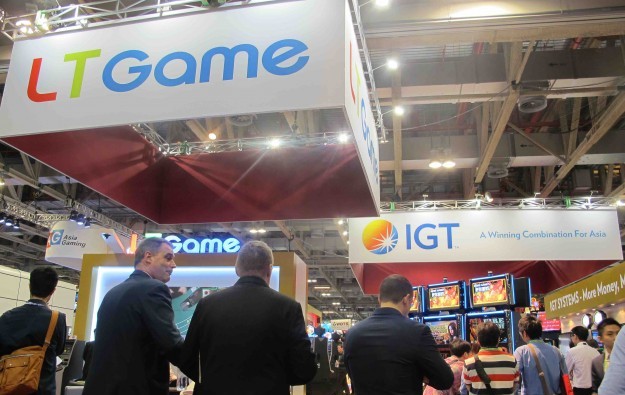 The company reported adjusted earnings before interest, taxation, depreciation and amortisation (EBITDA) of HKD97.5 million for the 12 months to December 31, representing a year-on-year of increase of 40.1 percent.

The group’s loss for full 2016 was approximately HKD355.1 million, compared to a loss of HKD148.9 million for the previous year. The firm said the result “was mainly due to the loss arising from assignment of intangible assets of HKD334.8 million in relation to the assignment and licence of patent and associated technology to International Game Technology Plc.”

As part of the deal with IGT, Paradise Entertainment received in 2016 a non-refundable upfront payment of US$12.95 million. The firm is also entitled to a 15-year earn-out payment for every ETG deployment by IGT outside of Macau.

As at end-2016, IGT had deployed 252 LMG terminals in seven casinos in the United States, including an installation at Sands Bethlehem – operated by Las Vegas Sands Corp – with a total of 150 terminals, said Paradise Entertainment.

“Most of machines deployed were under trial or testing period at the end of 2016. As such, revenue from such deployment would be recognised by the group in 2017,” the firm added.

Paradise Entertainment further stated: “This strategic agreement with IGT will not only expedite our penetration into the overseas markets, but also increase the sustainable revenue base of the group.”

In comments included in a company press release following the results announcement, Paradise Entertainment’s chairman and managing director, Jay Chun, stated: “Looking ahead, the group remains cautiously optimistic and will continue to expand our existing businesses.”

The firm deployed in September 2016 what it calls an “advanced version” of its LMG terminal – branded “Fast Betting Terminal” – in the Parisian Macau casino resort. “It was an important milestone for our product development pipeline,” Paradise Entertainment stated in its results filing.

The firm said the increase in total revenue for calendar year 2016 “was a direct result of strong demand for electronic gaming equipment and system[s] in the Macau market.” The company’s LMG product range offers table games featuring a live dealer but electronic betting and bet settlement.

Revenue generated by the sales and revenue sharing of LMG terminals reached HKD336.9 million in the 12 months to December 31. That compares to HKD201 million in the prior-year period.

Paradise Entertainment did not declare a dividend.

The firm had revenue sharing agreements covering a total of 1,680 LMG terminals in 2016, according to its annual report.

Sales and revenue sharing of LMG terminals contributed 29.0 percent of the total revenue in the third quarter of 2016. The firm says it has revenue sharing agreements related to LMG operations with several Macau casinos.

Revenue generated by the provision of casino services contributed 71.0 percent of the total revenue for the period. Such revenue declined by 7.3 percent year-on-year to HKD826.4 million. The firm stated that was due to a decrease in overall gross gaming revenue generated by the venues it manages; from HKD1.36 billion in 2015, to HKD1.24 billion last year.

In October 2016, Paradise Entertainment was granted exclusive distribution rights from LT Game Japan Ltd for the latter’s new mechanical slot products in Macau. LT Japan is a company incorporated in Japan principally engaged in the development and manufacturing of gaming products; Paradise Entertainment has a minority holding in the business.

Casino equipment supplier Sega Sammy Creation Inc said in a Friday release it was debuting its Genesis Crest 43J cabinet in Asia. The product will be available at an in-person trade show, G2E Asia:... END_OF_DOCUMENT_TOKEN_TO_BE_REPLACED