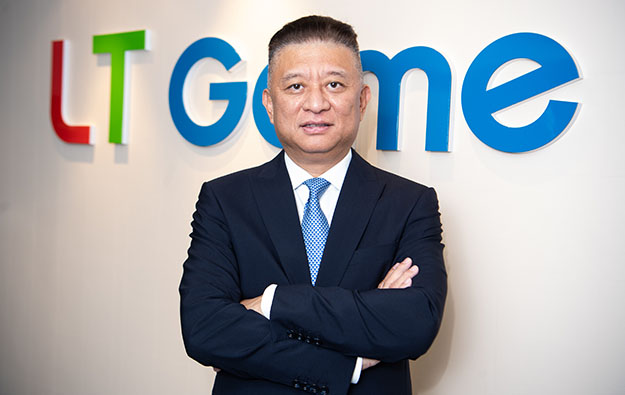 Hong Kong-listed gaming equipment and casino services firm Paradise Entertainment Ltd is renewing a “supply framework agreement” with an in-law of Jay Chun, the firm’s chairman. The partnership produced fewer than HKD1 million (US$128,000) in sales for Paradise Entertainment in the first 10 months of 2019, said the Thursday filing giving the news.

The agreement is with Feng Linyi, brother-in-law to Mr Chun (pictured in a file photo), said Paradise Entertainment. Mr Feng’s side is described as being “principally engaged in the development, manufacture, distribution, sale, marketing and promotion of, among other things, electronic gaming products in overseas markets including the United States, Canada and Australia.”

Mr Chun previously told GGRAsia the products covered by the agreement with his in-law referred mainly to slot machines and card shufflers, and were not covered by a 2016 intellectual property agreement between the firm and casino gaming equipment supplier International Game Technology Plc (IGT).

The renewed supply framework agreement covers full 2020. Under the deal, Paradise Entertainment would supply “by itself or procure other members of the group to supply” the relevant products to Mr Feng’s side. Such products would be “for the buyers’ development, manufacture, sale, marketing and distribution (where applicable) of electronic gaming products in markets including but not limited to the United States, Canada, Australia.”

The two sides had inked a similar deal – with a similar annual cap – for full 2019. The aggregate value of the transactions under such agreement reached HKD997,000 for the first 10 months of 2019, Paradise Entertainment said in its latest filing.

“The low usage of the cap so far in 2019 was mainly due to some technical issues of certain parts of the products supplied by third parties which caused unexpected delay in launching the products in the markets,” said Paradise Entertainment. The firm did not provide further detail on the matter.

Paradise Entertainment will continue to supply its products to Mr Feng’s side “at an 8-percent to 10-percent discount from the group’s respective suggested retail prices of such products… and shall be no more favourable than those pricing discounts offered to other independent third parties by the group for similar model and size of order of the products.”