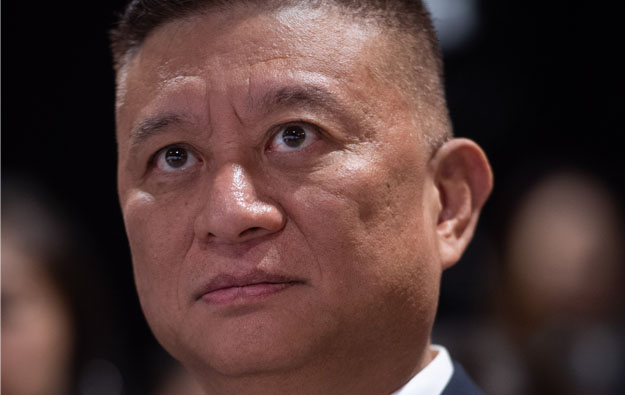 Hong Kong-listed casino equipment maker Paradise Entertainment Ltd warned in a Monday press release that its corporate logo and other materials – including the image and name of its chairman and managing director Jay Chun – had been fraudulently used for various purposes, including by a website claiming to run an online lottery that it falsely said was linked to Paradise Entertainment.

The warning also said tricksters had wrongly claimed Mr Chun (pictured in a file photo) was associated with a certain Chinese social media account on the QQ platform, and that he had via that route endorsed certain investments to the public, people mostly in mainland China. The press release said the so-called investments touted by those using Mr Chun’s name, were in fact for the purposes of defrauding the public.

The announcement added the firm “shall not be liable for any claims and acts of the fraudulent websites and the fraudulent social media platform accounts and the persons passing themselves off as personnel or representative of the company and/or Mr Chun”.

Regarding the lottery operation, said by the tricksters to be somehow regulated in Hong Kong, Paradise Entertainment said: “The group does not operate any gaming operations online: [any] lottery, or any other online betting games.”

Paradise Entertainment urged the public to “take the utmost care when being approached on an unsolicited basis by organisations or persons” purporting to act for it. “In particular, they should not divulge their personal or bank details to such persons,” it added.

Macau recorded on Saturday (October 1) its highest daily total of visitor arrivals since the mid-June local Covid-19 outbreak, according to preliminary data released by the city’s police. The... END_OF_DOCUMENT_TOKEN_TO_BE_REPLACED