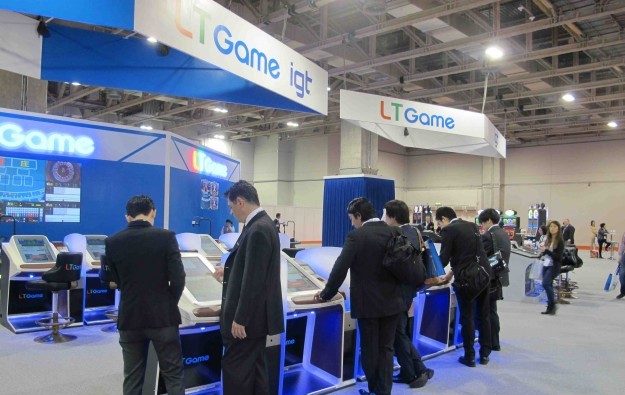 Hong Kong-listed casino equipment maker Paradise Entertainment Ltd posted a loss attributable to its owners of HKD23.9 million (US$3.1 million) for the first half of 2015, compared to a net profit of HKD45.6 million a year earlier.

The company on Friday reported revenue of HKD571.1 million for the six months to June 30, down 6.4 percent from the prior-year period. Cost of sales and services for the period rose by 28.5 percent year-on-year to HKD318.6 million.

In Friday’s filing, the firm said the decline in revenue in the first half of 2015 was attributable to the decrease in gross gaming revenue of its casino management business. “The group’s revenue was also undermined by a surge of overall operating expenses, particular the ever increasing labour costs,” it added.

Adjusted earnings before interest, taxation, depreciation and amortisation (EBITDA) for the period fell by 66.3 percent year-on-year to HKD49.1 million.

Paradise Entertainment said the provision of casino services generated about 80 percent of the company’s total revenue. The adjusted EBITDA of the segment amounted to HKD125.3 million, down 99.7 percent from the first half of 2014.

Adjusted EBITDA in the electronic gaming systems segment rose by 80.3 percent year-on-year to HKD64 million in the first six months of 2015. That was due to an increase in income from the revenue sharing of LMG terminals, the firm said.

In May, the firm’s chairman Jay Chun said Paradise Entertainment expected to boost its sales this year, including via orders in the Macau market, for about 1,000 units of its gaming machines. The company is also aiming to deploy 700 units in the U.S. this year and to sell about 300 to 500 machines in Australia, Mr Chun added.

The firm said earlier this year that 24 LMG terminals on trial at The Palazzo casino hotel in Las Vegas had been converted “into an outright sale”.

“We believe, much like Macau, the LMG terminals will soon gain acceptance throughout the gaming industry in the U.S.,” Paradise Entertainment said in its latest filing, adding that it plans “to ramp up its overseas gaming system market” with machine installations in the second half of 2015.

The liquidity of casino group Las Vegas Sands Corp is “strong”, with over US$6.4 billion of consolidated cash and nearly US$3.5 billion of undrawn revolving credit facility capacity, said a... END_OF_DOCUMENT_TOKEN_TO_BE_REPLACED