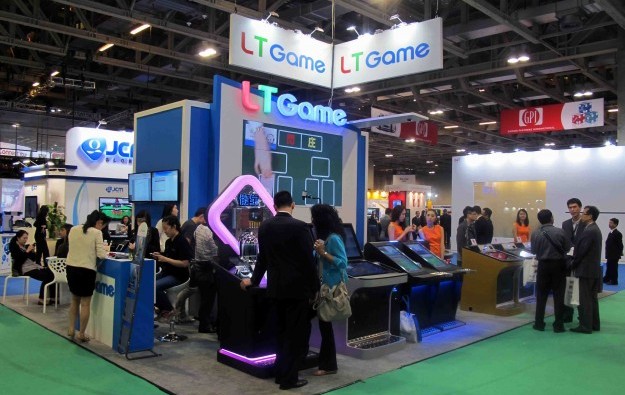 Paradise Entertainment Ltd, parent of casino equipment maker LT Game Ltd, confirmed in a filing on Friday to the Hong Kong Stock Exchange that it had repurchased 6,536,000 shares from the market on September 30, at prices between HKD2.87 (US$0.37) and HKD2.90 per share.

The stock involved accounts for approximately 0.61 percent of the company’s total issued shares.

According to the filing, as of that date the shares had not yet been cancelled and the company’s total issued share capital remained 1,063,981,315 as of September 30.

Jay Chun, chairman and managing director of Paradise Entertainment said in a statement accompanying the filing: “…the company is capable of returning more than HKD19 million of capital to shareholders while retaining ample liquidity to pursue and leverage future opportunities.”

The filing said Mr Chun, a major shareholder of Paradise Entertainment, had personally purchased a total of 1,140,000 shares from the market during September 2014 “at an average price of around HKD3.39 per share”.

Following the transaction, Mr Chun held 630,836,720 shares in Paradise as of September 30, representing approximately 59.29 percent of its issued share capital.

“Following the recent partnership with the global gaming entertainment leader IGT [a firm] with over US$2 billion revenue, 50,000 machines deployment annually and holding 376 gaming licences worldwide, Paradise is well positioned to expand its global presence, and in particular, to capture the tremendous business opportunities in the U.S., the largest electronic gaming market in the world,” added the Paradise Entertainment filing.

Some Macau casinos visited by GGRAsia on Thursday, actually had tables that were closed, notwithstanding strong consumer demand during Chinese New Year (CNY). The reasons for some tables being... END_OF_DOCUMENT_TOKEN_TO_BE_REPLACED